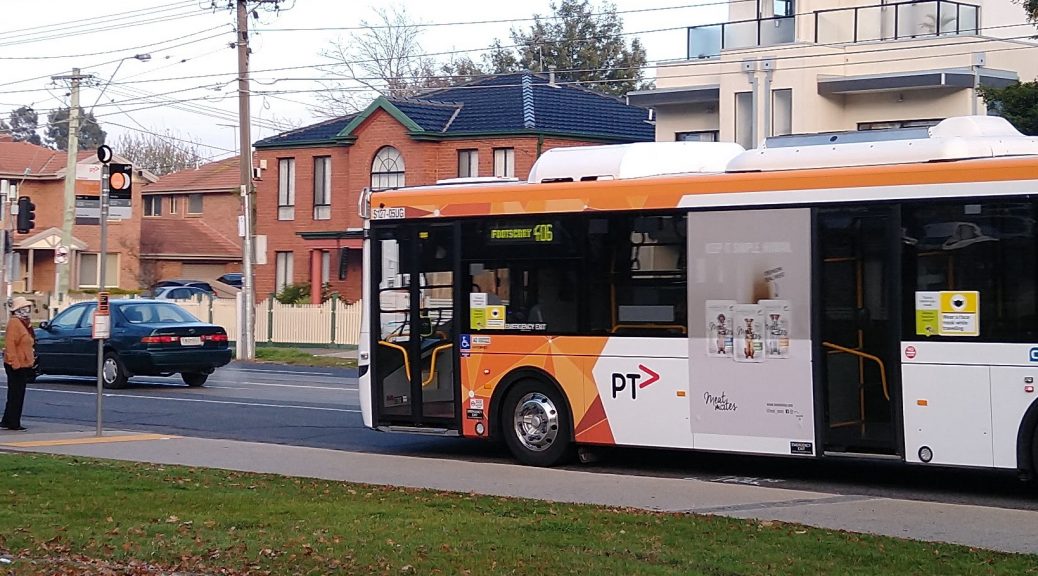 The PTUA has applauded the State government’s release of bus network performance data for the first time.[1]

PTUA spokesperson Daniel Bowen said the organisation had been asking for years for the data to be published, to help transparency and accountability around the bus network.

“Detailed train and tram performance data has been published for decades now. Buses have yet again been the poor cousin, despite upgrades to realtime tracking equipment some years ago.

“We’re very pleased to see the government finally release this information, to drive discussion and debate about how to improve bus services.”

Mr Bowen said that PTV/DOT should continue to release transport network performance data, including punctuality information for regional buses where available, and that it would be preferable to allow users to export and filter the data more effectively, to aid transparency and analysis.

As expected, the bus performance data showed that punctuality improved during 2020 as COVID-19 took hold, with fewer passengers using the service, the removal of on-board payments, and less traffic.

However the data also showed that some routes have ongoing poor punctuality problems. The routes with the lowest ontime performance from January 2019 to June 2021 were:

Surprisingly, routes 795, 400, 745 and 303 were unable to achieve 90% punctuality (within five minutes) at any time during 2020, despite few passengers and little traffic during COVID-19 lockdowns.

Mr Bowen said that if people couldn’t rely on bus services, they wouldn’t use them.

“Logical routes, good timetables and frequent services are all important. But if buses are rarely on time, even when there’s no traffic on the roads, how can passengers rely on them?”

The PTUA believes the newly released data should help the State government prioritise improvements to bus services, including on-road priority.

“Buses are vital for serving journeys not possible by train and tram. The government’s recent release of a high level plan[2] for improvements to bus services is very welcome. This data helps show which routes need immediate attention.

“While it might be justified in some cases to adjust timetables to better match traffic delays, a better outcome is improved on-road priority: smarter traffic light priority, removal of indented bus stops, and bus lanes and queue jump lanes at intersections where possible.

“Other measures such as ‘Rapid Running’ on frequent routes[3] and all-door boarding can also help cut delays.

“Of course, the most punctual bus service won’t get passengers if the route is indirect and the buses don’t come frequently. Most Melbourne buses don’t provide the service level needed to attract people out of their cars – and town buses in regional Victoria are even worse.

“Priority measures must be matched by commitments to boost services and provide a bus network that meets the 21st century travel needs of Victorians”, concluded Mr Bowen.

Data is published at https://www.ptv.vic.gov.au/footer/data-and-reporting/network-performance/monthly-performance/
– and follow the link to the Power BI App.