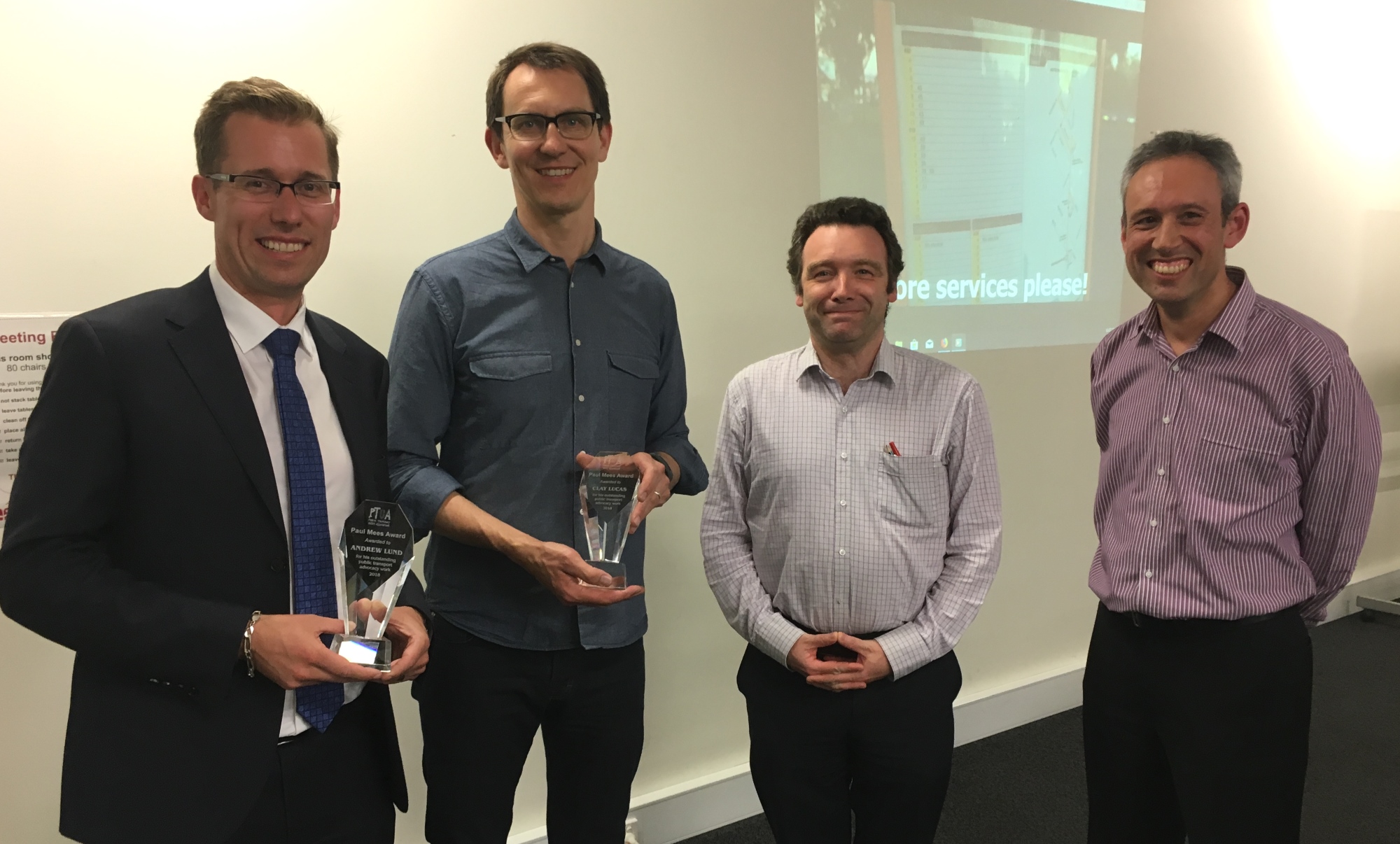 We inaugurated the Paul Mees Award to commemorate Paul’s outstanding work as an advocate for public transport and a world-renowned transport academic. He was best known publicly for his tireless promotion of the role of public transport, and was president of the PTUA from 1993 to 2001.

2019 – Residents Against the Mordialloc Freeeway

2014 – Tony Murphy, for his work campaigning against the East West Link