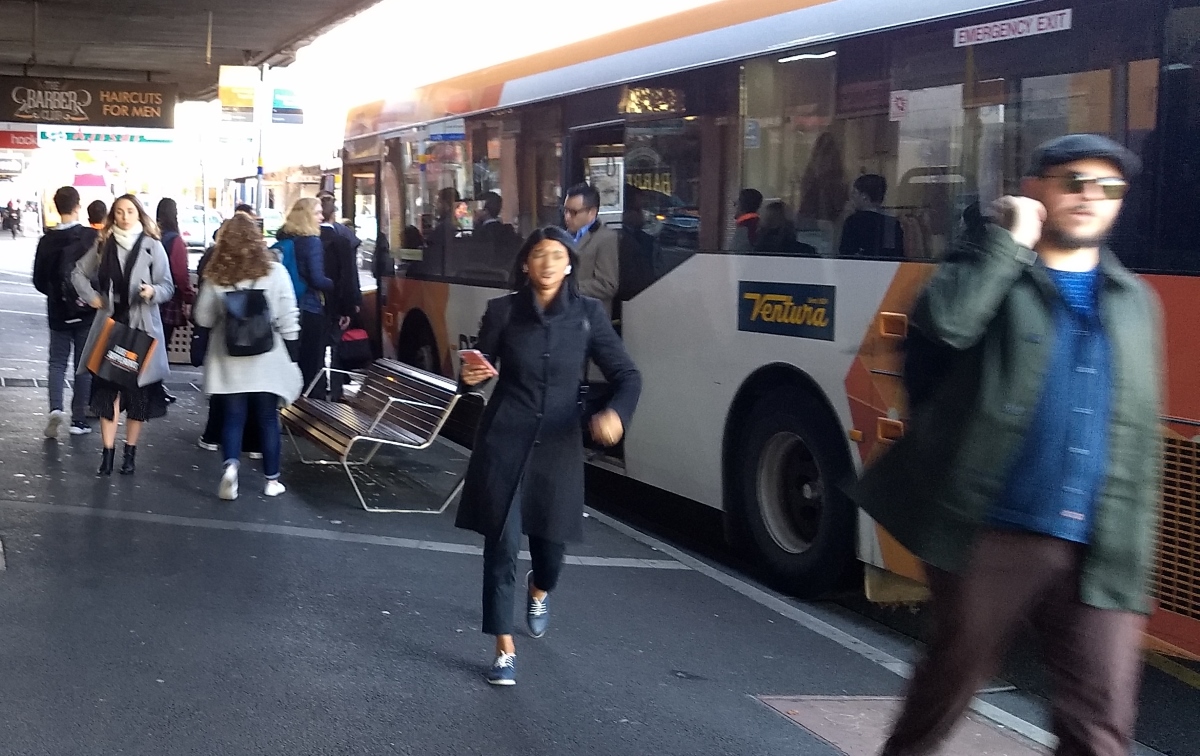 From time to time politicians and others push the misleading line that passengers don’t like buses, and that they’re only a last resort form of public transport. It’s true that​ patronage on many bus routes is poor, but this is because the service is poor, and because bus​ routes are poorly understood by potential passengers.​ ​

The solution to this is to roll out more SmartBus style bus routes, and upgrade existing routes​ to SmartBus standards, which provide direct, high frequency “tram like”​ services. SmartBuses run at least every 15 minutes through the day on weekdays, and more frequently​ during the peaks. They also provide quite direct routes with no meandering through the back​ streets. That’s why they’re popular.​ ​

The parts of the SmartBus network which serve major activity centres, and Doncaster Area Rapid Transit ​ (DART) SmartBuses, prove that good bus services can attract high patronage. In recent times DART routes ​ have suffered severe peak period overcrowding. Some orbital SmartBus services in the Box Hill and ​ Chadstone areas also have overcrowding problems. If good services are provided, people will use them.​ ​

Many other bus services run every hour or less, and take roundabout routes. That’s why people ​ don’t use them. It’s not about rubber wheels or diesel engines – it’s about frequency and directness.​ ​

Comparing SmartBus experience on weekends versus weekdays is also instructive. On​ weekdays, when SmartBuses run every 15 minutes, patronage is far better than on weekends when they only​ run every 30 minutes. In the DART case, this frequency issue is exacerbated by the fact that Ringwood ​ line trains run every 10 minutes on weekends. It appears that quite a few people who would catch a ​ SmartBus on weekdays, drive to a train station on weekends. Weekend SmartBuses must be upgraded to at least every 15 minutes. Again, it’s not about rubber wheels or ​diesel engines. It’s about frequency.​

Another important problem is most people’s lack of understanding of bus routes and frequencies. Most​ people have some level of familiarity with Melbourne’s train and tram routes, and once you find​ a train station or tram stop, you can generally expect a train or tram to show up within 20 minutes (during​ the day at least). By comparison, most bus stops are a lottery. Even with a bus tracker app in hand, just​ showing up at a bus stop is brave. Research in advance is mandatory!​ ​

SmartBus routes are again an example of how this can be much better done. SmartBus stops​ typically have maps of the SmartBus routes, and people know these routes have reasonably​ frequent services. Similar maps of direct, higher frequency bus routes across Melbourne more generally​ are needed. Bus routes should be colour coded for frequency, so people can see what combination​ of routes is likely to be “interchange friendly”. These maps should be provided at bus stops as​ well as online.​

SmartBus electronic signage should be enhanced to indicate when there are alternative bus routes between major hubs on SmartBus routes. This will help in some situations where passengers are being left behind because buses are full, but other buses have empty seats which could have been used, e.g. between Chadstone and Oakleigh Station. ​

Interchange is another area where Melbourne’s bus system desperately needs improvement. Even​ where high frequency routes cross, e.g. where DART routes cross orbital SmartBuses, often no​ effort has been made to put bus stops on intersecting routes close together, no signage to​ other bus stops is provided, and no services are provided at interchange points. Even​ a convenience store which sells coffee, newspapers and Myki topups, and has a big map of the ​ SmartBus network on display, would be a big improvement.​

Other road infrastructure enhancements which can significantly speed up buses, are dedicated bus lanes, jump start lanes at traffic lights, and traffic light priority for such lanes. ​

New train and tram lines are great when the political will and funding can be found, but realistically such​ new lines will be built only rarely. For the two thirds of Melbourne which doesn’t have train or tram​ services, high quality bus services are the only option. We can’t afford to let politicians dodge this​ necessity by claiming that people don’t want buses.