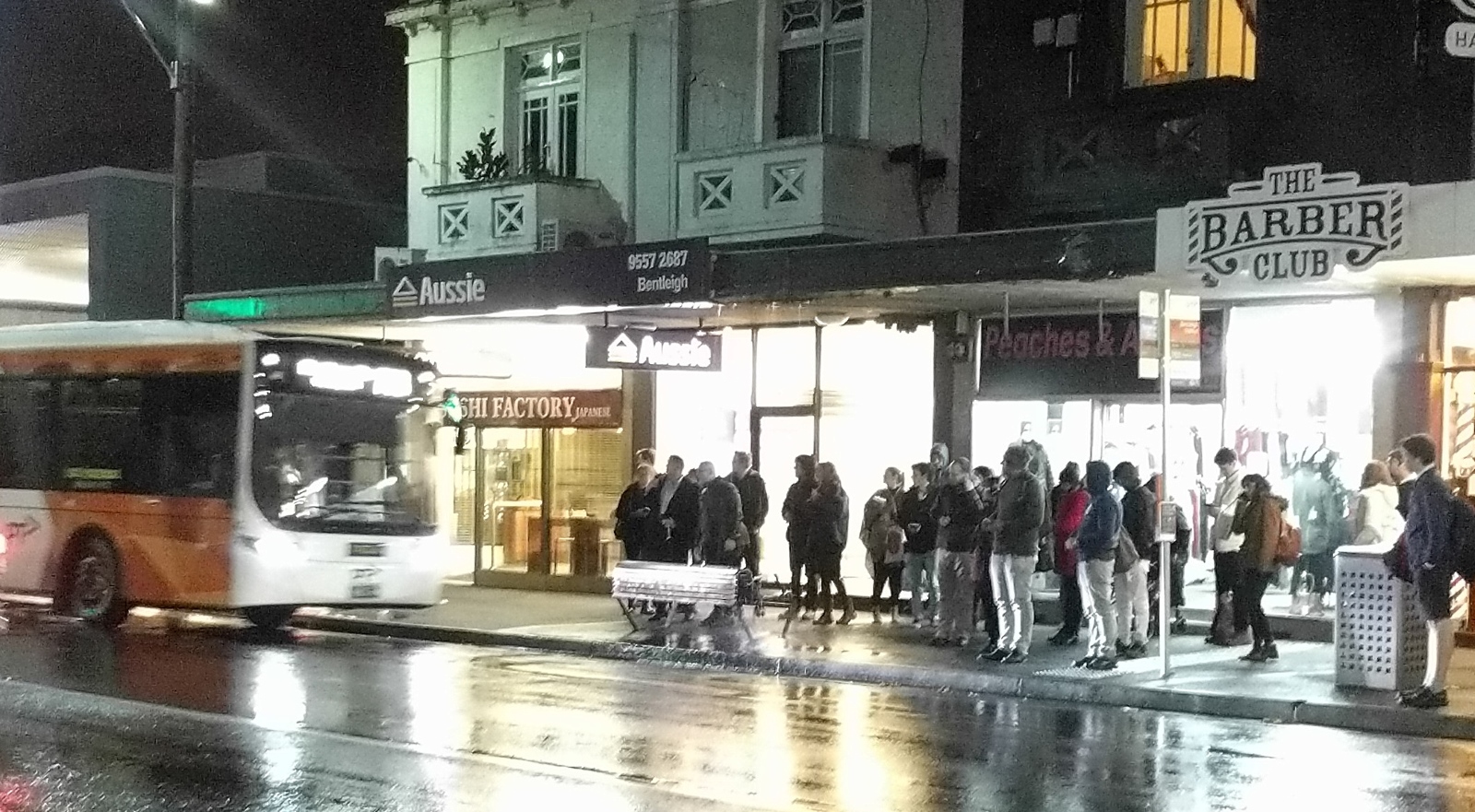 While trains and trams will run all night[1], the Night Bus routes, which fill gaps in the network, will not.

Areas that will miss out include Point Cook, Mernda, Mornington (and the rest of the Peninsula) and Rowville, with no public transport at all between about 9pm on New Year’s Eve, and 6am the next day.

Doncaster will have Smartbus services until about 2am, but no services after that until around 6am.

“New Year’s Eve is huge in Melbourne”, said PTUA spokesman Daniel Bowen. “The 9pm fireworks in the City and at Footscray, and the midnight fireworks attract big crowds.

“Public transport is the best, safest way to get large numbers of people home, but for many suburbs, it simply won’t be an option – not even for the early fireworks.”

The PTUA has also criticised the provision of service information over the festive season. The PTV web site and Journey Planner incorrectly said that Night Bus services ran on Christmas morning, and there remains confusion over whether Night Bus 970 will run.[2]

Brochures for rail upgrade works in January were also found to include numerous errors.[3]

Mr Bowen said the move to run trains every half-hour all night, rather than the hourly services of last year, was a welcome upgrade, but would only help those who didn’t need a connecting bus to complete their journey.

“It will actually be easier to get home on Friday or Saturday night to Mernda, Rowville or Mornington than it will be on New Year’s Eve.

“Night Bus was designed to connect to trains and provide good overnight route coverage to areas that don’t have trains and trams… Night Buses run every weekend – it’s ridiculous that they’re not running on New Year’s Eve”, Mr Bowen concluded.

[1] All metropolitan trains and trams will run all night, except for the Stony Point line, and trams 82 and 78.

…however route 970 from Carrum to Rosebud is shown in the online timetables and Journey Planner as running on New Year’s Eve.

[3] One brochure for passengers impacted by rail works included multiple errors, including listing bus routes as going to incorrect stations, and one bus route (“620”) that does not exist at all.