Figures produced for the Australian Automobile Association give the impression that transport costs to households are rising.

But overall they’re actually falling. Official statistics show that household expenditure on transport fell from 13% of household income in the 1990s to 11% in 2009-10:

This shouldn’t surprise anyone. Not only are petrol prices down on pre-GFC levels, but cars themselves have been getting cheaper in real terms for decades.

Some costs such as tolls and insurance have gone up, but for motorists at least, they’re more than balanced out by savings elsewhere.

What the AAA’s figures don’t convey is how much more we’re paying for public transport. The official figures show that since 1990 public transport fares in Australian capital cities have increased around threefold in absolute terms, and by 60 per cent above inflation. 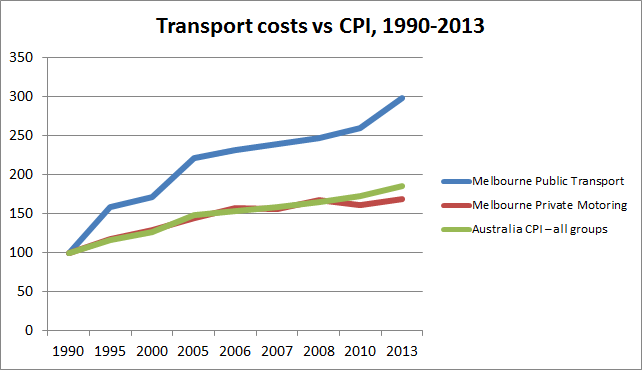 The contrast with car transport costs is stark. In real terms it costs on average between 5 and 10 per cent less to run a car today than it did in 1990, while public transport costs have gone up much faster than CPI.

Cars do cost a lot of money to run in absolute terms – but that’s because they’re an inherently expensive mode of transport, which is why people shouldn’t be forced to drive everywhere. The nation’s transport policy needs to give more weight to providing fair access to multi-modal transport networks.

One way to do this is with budget repair for transport across Federal and State governments. The road lobby has argued for decades that only a quarter of petrol tax revenue comes back in road spending. This is nonsense: in very broad terms, about $35 billion a year Australia-wide is collected in road-related revenue but $38 billion a year is directly spent to support road use, and external costs like pollution account for another $14 billion. (More details)

Petrol tax is just a fraction of what our governments spend on roads every year. And for every dollar the Federal government collects, it actually gives more than 70 cents straight back in the form of motor vehicle tax concessions.

The transition to electric vehicles may accelerate over the next decade, resulting in dwindling petrol tax revenue. With the need to ensure equity of access to both roads and public transport, we really do have to think carefully about how we fund the transport systems Australia needs. There’s no way we can continue to jack up public transport fares and allow generous tax breaks on salary-packaged imported cars.

We need to come up with charging schemes in future that are fair, equitable and simple to understand – and that don’t encourage more people to drive more often – that’s the last thing our cities need. 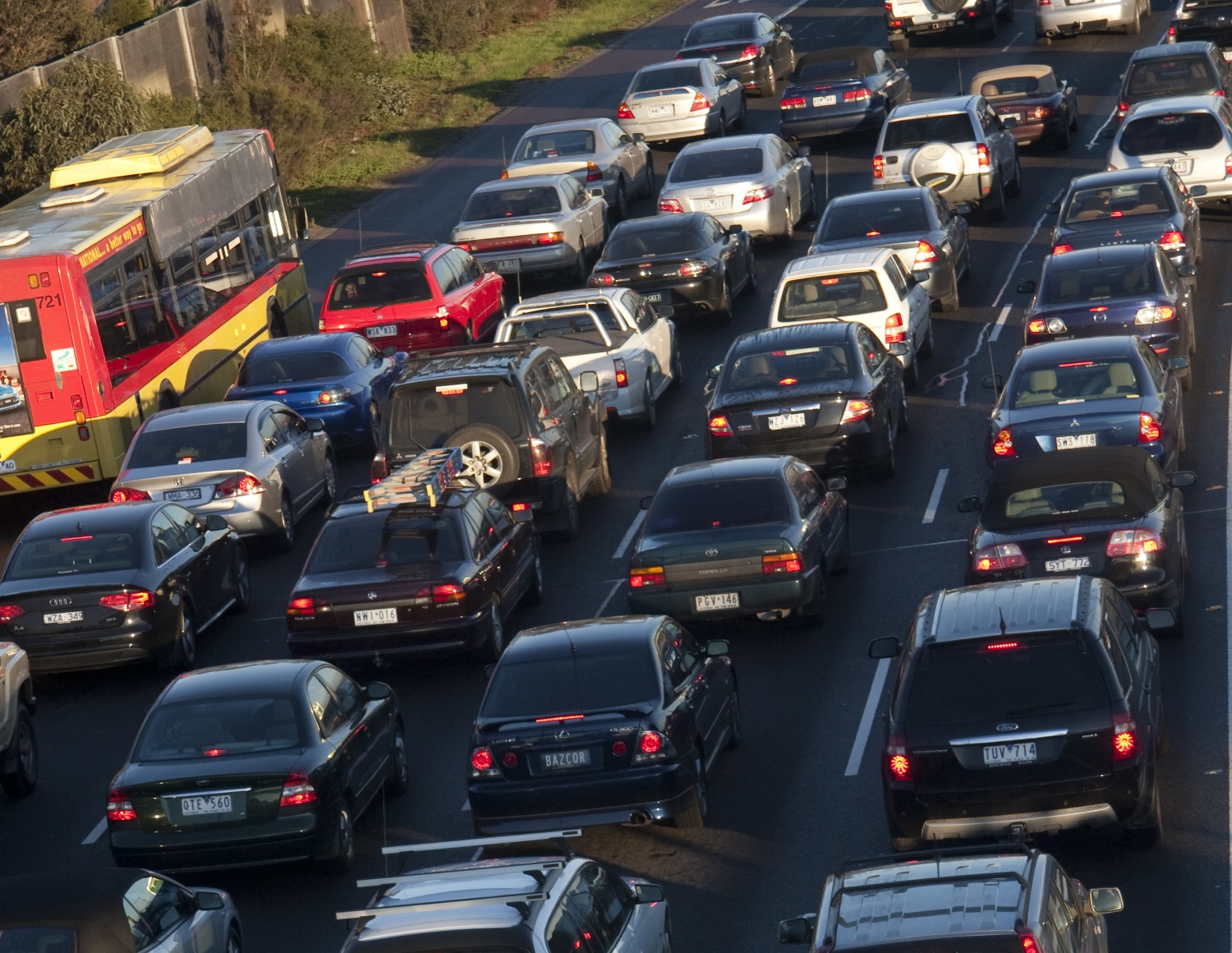