I play golf at Ascot Vale three times a week. To get there by public transport would entail a walk to the bus stop, a bus, a tram, and then another bus or tram, plus a walk to my golf club. I estimate it would take me two hours one-way….Please, get out of your single-purpose, insular bubble and recognise public transport has limited use and is not an option for everyone.

And taking a regular load of supermarket shopping, golf clubs or even tradies’ tools on public transport needn’t be a huge challenge, either. Nor is it even a rare occurrence. 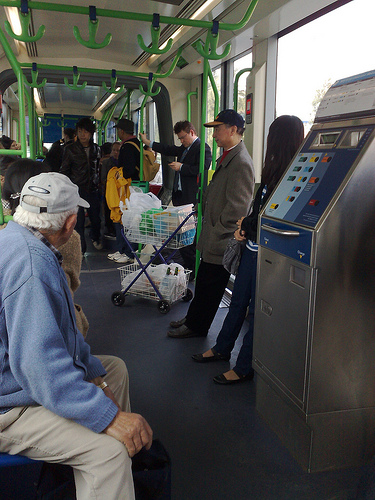 If even a small fraction of trips switch from cars to public transport, everyone benefits. If everyone who could switched even one trip a week from the car to public transport, the effects on traffic, and public transport patronage, would be noticeable. As well as the reduced pollution, and the health benefits from a little increased walking, there is reduced congestion on the roads, which benefits those who are driving.