Only a few days until the Federal election – with the help of Cardboard Malcolm, we’ve launched our election scorecard! Here’s how the parties compare on transport issues. 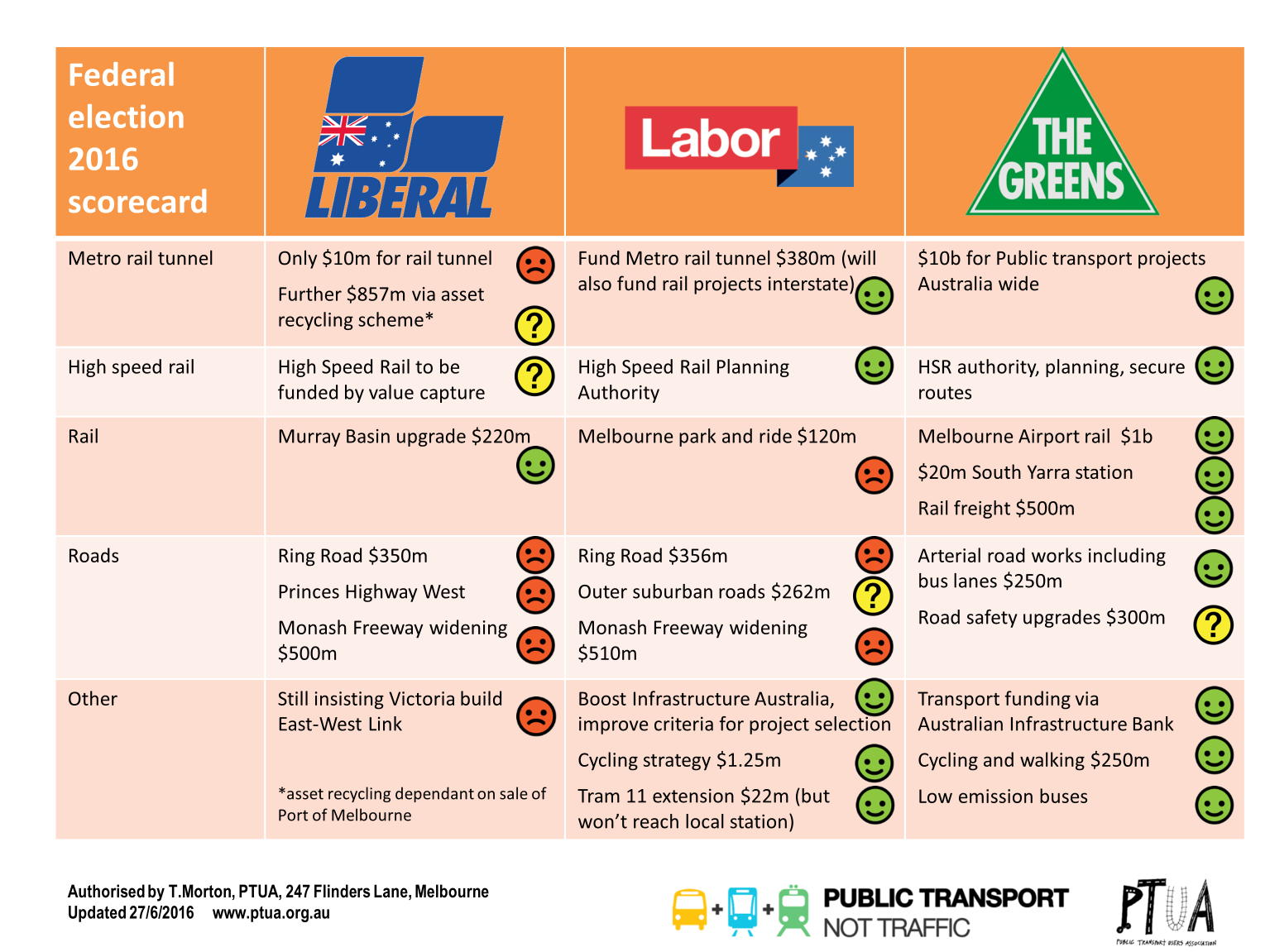 We will update this page as more pledges are made.