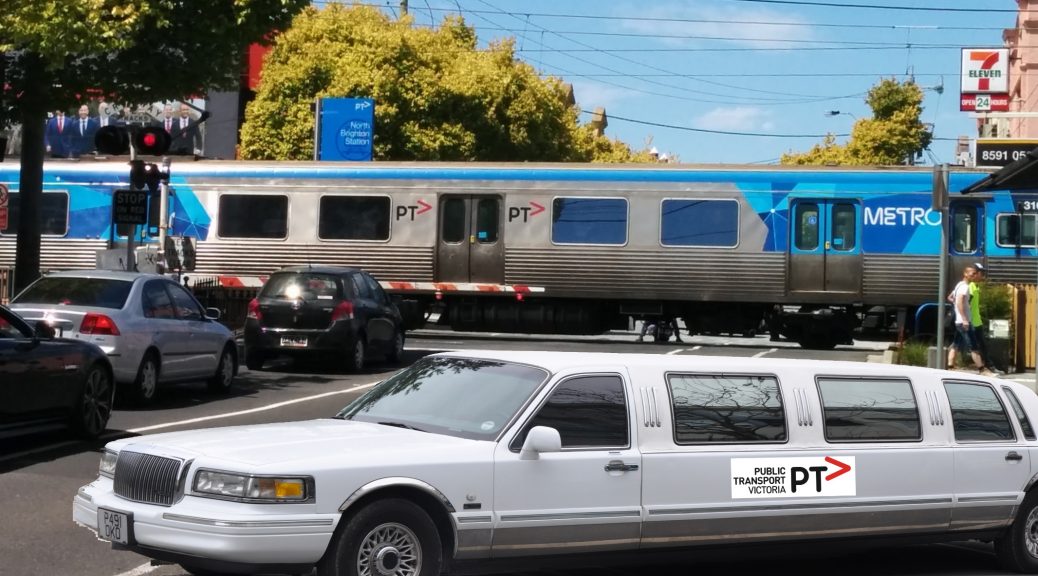 The PTUA has welcomed a new government plan to provide access to public transport by hiring limousines to collect passengers from home to get them to their local station.

With some car parks costing more than $100,000 per space, taking train users to the station by limousine has been found to be cost-competitive with the car park expansion plans of the State and Federal governments, and avoids many of the problems such as the eyesore of multi-storey car park structures in suburban locations.

Catching a limousine to the station will be welcomed by passengers who will no longer need a car just to get to the station. It also avoids many of the problems with the contentious car park expansion plans of the State and Federal governments, such as the mass removal of trees, local traffic congestion at peak times, and impacts on local walkability.

Passengers will book a limo to the station via an app. Just as with station car parks, passengers will pay nothing extra on top of their train fare.

Because each limo can make several trips to the station each peak hour, the service will resolve the issue of car parks filling up by 7am, and will help to bring costs down. It can also be used by people who cannot drive, including children, seniors and those with mobility difficulties.

The PTUA understands that as the program rolls out, further efficiencies are expected to be found, including:

“It’s great to see governments finally thinking about how to get people to public transport without them having to drive a car”, a PTUA spokesperson said.