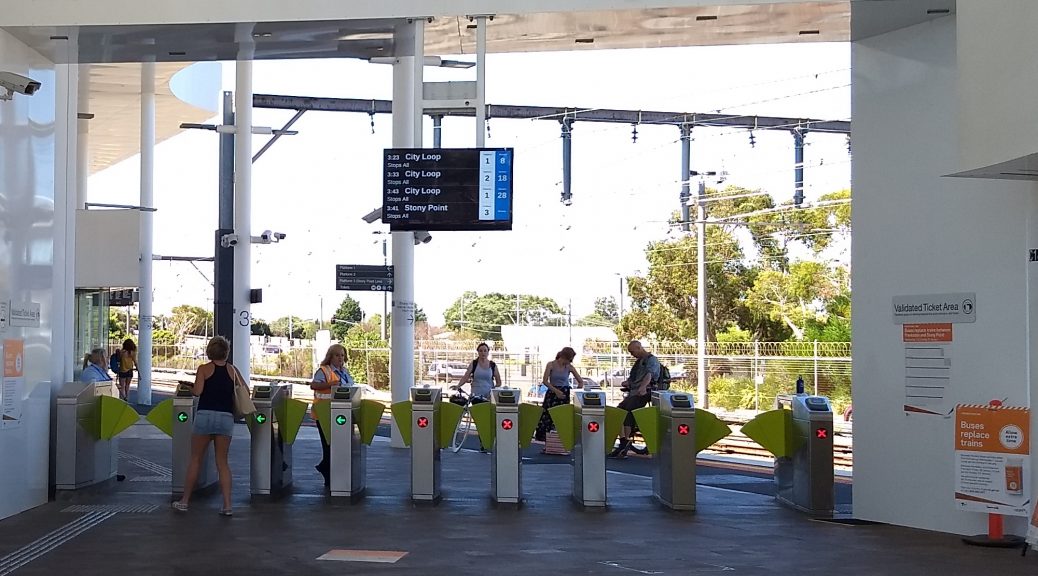 The Public Transport Users Association (PTUA) has called on the State Government to review public transport fares, and make adjustments to reflect expected changes to travel demand as Victoria comes out of COVID-19.

“Zones were revolutionary, bringing Melbourne’s trams, trains and buses under a common ticket and fare system for the first time. This helped lead to higher patronage, as passengers could buy one ticket to cover a connected journey on a bus, train and tram.”

Mr Bowen said that forty years on, there had been a huge impact of COVID-19 on public transport demand. A new Monash University Public Transport Research Group paper predicts patronage will most likely return to 80% of normal.[1]

But CBD commutes are expected to remain at lower levels, with probable widespread shift to part-time Work From Home arrangements for many office workers.

“There is a chance to make changes to ensure public transport is attractive for people as we come out of COVID, including for off-peak, non-work journeys.”

A key reform proposed by the PTUA would be removing the 7-day Myki Pass and replacing it with an automatic fare cap at a reduced cost of 4 days, or fewer.[2]

“Currently the 7-day Pass provides a week of travel for the cost of 5 days. So it can benefit some regular travellers, but only if they are using the system 6 or 7 days a week. And to get that benefit, the Pass needs to be pre-purchased and loaded onto the Myki card.

“For many people, the days of commuting 5 days a week to the office are over. A cheaper weekly cap would help improve the attractiveness of public transport for both work and non-work trips, even for passengers who are only commuting to work 3 days a week.”

Weekly fare caps are used in cities such as Sydney and London[3]. Unlike prepaid weekly Passes, they can be used by those who are not sure of their travel patterns at the start of the week.

“This change would also mean a cost saving for those who still commute 5 days a week, and it would make Myki auto-top up work better for more people.”

The PTUA also believes the 30% off-peak discount should be returned, and made permanent. The discount was a temporary measure introduced in 2020, and ended in August.

Other fare changes worth consideration are removal of the Free Tram Zone, to relieve CBD tram crowding and delays, and either replacing the train-only Earlybird fare with the off-peak discount, or making it multi-modal.

V/Line fares should also be reviewed to remove discrepancies with metropolitan fares such as the big price jump when travelling from Melbourne to outside Zone 2.

“Melbourne’s zone system now spreads well into regional Victoria, and has served us well. But as we recover from the pandemic, the fare system must be revamped to ensure public transport is still a competitive, viable option for more Victorians”, concluded Mr Bowen.

[2] Automatic fare capping was built into the Myki system, but is currently only used for daily fare caps.

[3] Many cities including Melbourne use a daily cap system. Cities with longer fare caps include: