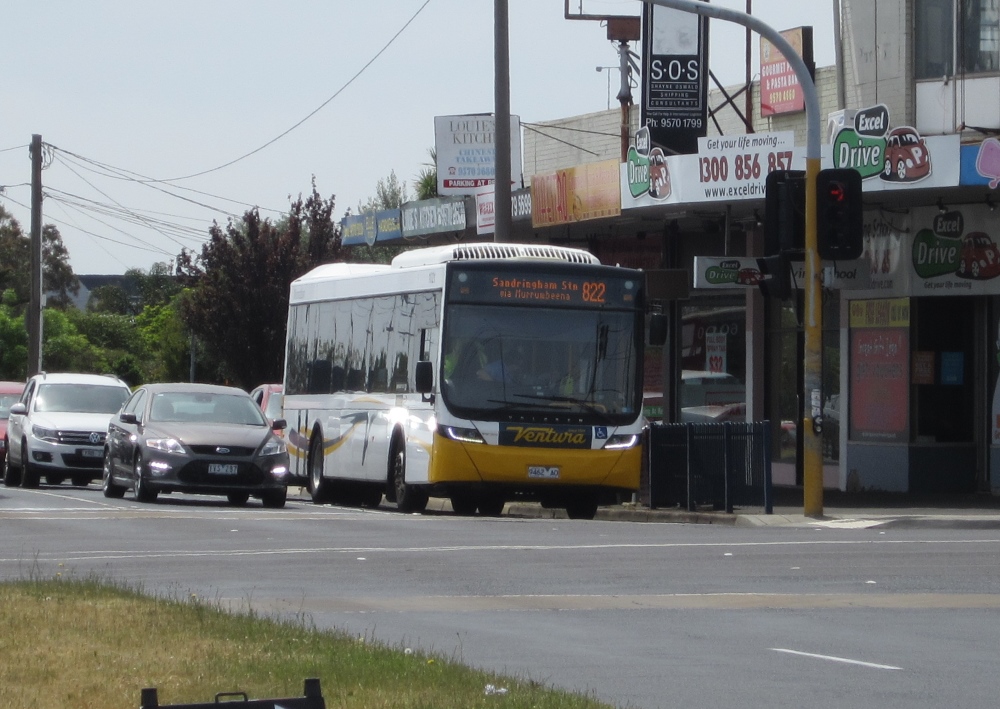 A report on transport pricing by Infrastructure Victoria contains some potentially valuable suggestions on pricing of roads and parking, but is breathtakingly naive in its approach to public transport fares.

As part of a comprehensive suite of measures to ‘rationalise’ the pricing of transport in Victoria, the IV report proposes scrapping the Myki zone system in favour of distance-based charging akin to taxi fares. It also proposes different fares depending on the type of vehicle: for example $1.70 plus 8c per kilometre for trains and $0.90 plus 6c per kilometre for buses. All fares would drop by one-third to two-thirds outside peak periods.

While the off-peak discounting proposal has merit, charging differently according to mode and route completely misses the point of having a multimodal network.

The first rule of modern multimodal network planning is that your transport system shouldn’t discriminate according to whether or not one’s local railway station is within walking distance. All well-designed transport systems have feeder bus networks to get people to trains. But as soon as this requires an additional fare for the bus, it just adds to the privilege of those lucky enough to live nearby. It could perversely also incentivise people to drive to the station and add to local congestion and parking pressure.

That’s why almost every city in the world operates a multimodal system where the technical details of the route and vehicle don’t affect what one is charged. This is generally achieved by charging based on zones rather than individual trips, or by providing free transfers. One of the minority that do not is Sydney – yet that’s the city IV singles out for admiration in its report.

The real flaw with IV’s suggestion is that charging different fare rates for trains and buses won’t actually achieve the goal of reducing congestion.

The thinking here is apparently that buses and trains are substitutes for one another – that a bus is just a lower-cost way of making a journey one would otherwise make by train. So the story goes, you can reduce crowding on trains by getting people to ride buses instead.

But in real public transport systems, the different travel modes play distinct roles and are not direct substitutes. We operate different modes of transport for a reason, not just because it looks good. We don’t waste valuable bus resources on duplicating rail services. Rail is the heavy-lifting, high-capacity mode: a train line moves tens of thousands of people per hour per track, compared with 1500 per hour for a motorway lane or 6000 per hour for a busway.

By and large public transport has just one big congestion problem: into the city in the morning peak and out in the evening peak. At virtually all other times and places, public transport is well placed to absorb mode-shift from car travel. The real deterrent here at present is not the price of buses relative to trains: it’s the fact the frequency and reliability of buses (and sometimes trains) is so poor. It’s a common official mistake to assume a failure to use infrequent, unreliable services indicates a general disdain for public transport or a preference for car travel, rather than just a rational response to poor service.

Melbourne public transport reserves its better standard of service for city-focussed travel in the peaks, and this is where its genuine congestion problem lies. Planners can mitigate this by encouraging more travel to shift to peak-shoulder periods. Price incentives are one way to do this, alongside improvements in all-day service frequency. But if these options are exhausted and peak crowding remains a problem, the only way this will be solved is by sweating the rail assets – not pushing people onto lower-capacity modes, which will only exacerbate crowding and congestion.

The concern is that IV is being led into an outdated “trains for the rich, buses for the poor” narrative – one that’s reflective of underperforming transport systems in many British or US cities, and in a self-reinforcing cycle, has been the main political barrier to any substantial improvement in bus services wherever this attitude prevails. But it’s also completely at odds with the way well-planned systems work in Europe, Asia or Canada. In those places, people use their local bus to go to the shops or railway station, then catch a train to go further afield – and pay one fare to cover the trip.

Micro-charging by distance, alongside its other flaws, is also unlikely to have any marked effect on peak congestion. Peak-hour commuting trips are probably the least price sensitive of all: a couple of extra dollars a day is no incentive to anyone to move closer to their city workplace.

It probably doesn’t help that IV have relied on a simulation model for Melbourne transport in 2031 that includes a number of road projects (such as the Outer Metropolitan Ring eastern section) that government has not committed to, yet leaves out rail projects that are current government commitments such as the Airport link and Suburban Rail Loop, as well as potential future rail initiatives such as Melbourne Metro 2. This is symptomatic of a long-standing and disturbing pro-road bias in official evaluations of infrastructure initiatives.

There is certainly merit to introducing some form of off-peak discount on Myki fares, similar to the 30% discount that applies on V/Line.

The IV report correctly notes Melbourne had off-peak discounts in the 1970s, but it’s less well known that off-peak discount fares continued to exist right up until 2012. The real problem is they were undermined by successive, uncoordinated tweaks to the fare system over three decades. It’s quite appropriate that they be re-evaluated, in a way that also addresses the remaining anomalies in the Myki fare system.

We also agree with the need to reform user charging for roads and car parking, as fuel excise revenue is undermined by a future transition to electric vehicles. This provides, as IV argues, an opportunity to replace high fixed charges for registration and third-party insurance, which currently act as a disincentive for car owners to leave the car at home more often.

However, such pricing reform needs to be done equitably and transparently, and without introducing further perverse incentives. Where is the sense, for example, in building a motorway to ‘relieve’ arterial road congestion and then, via tolling, giving motorists an incentive to go on using those same arterial roads in preference to the new route?

But in its approach to public transport, IV needs to go back to the drawing board. The PTUA has pointed out for decades that the cost of running public transport is best recovered with a modest, fixed charge that varies ‘coarsely’ by distance – like Melbourne’s zone system used to do but without such a massive penalty for crossing a zone boundary. This also has the greatest promise of reducing congestion by shifting car trips to public transport.

The bottom line is the way to really bust congestion is always to encourage more public and active transport, and especially more rail travel. Because if we plan properly, rail is the mode best placed to absorb additional patronage.