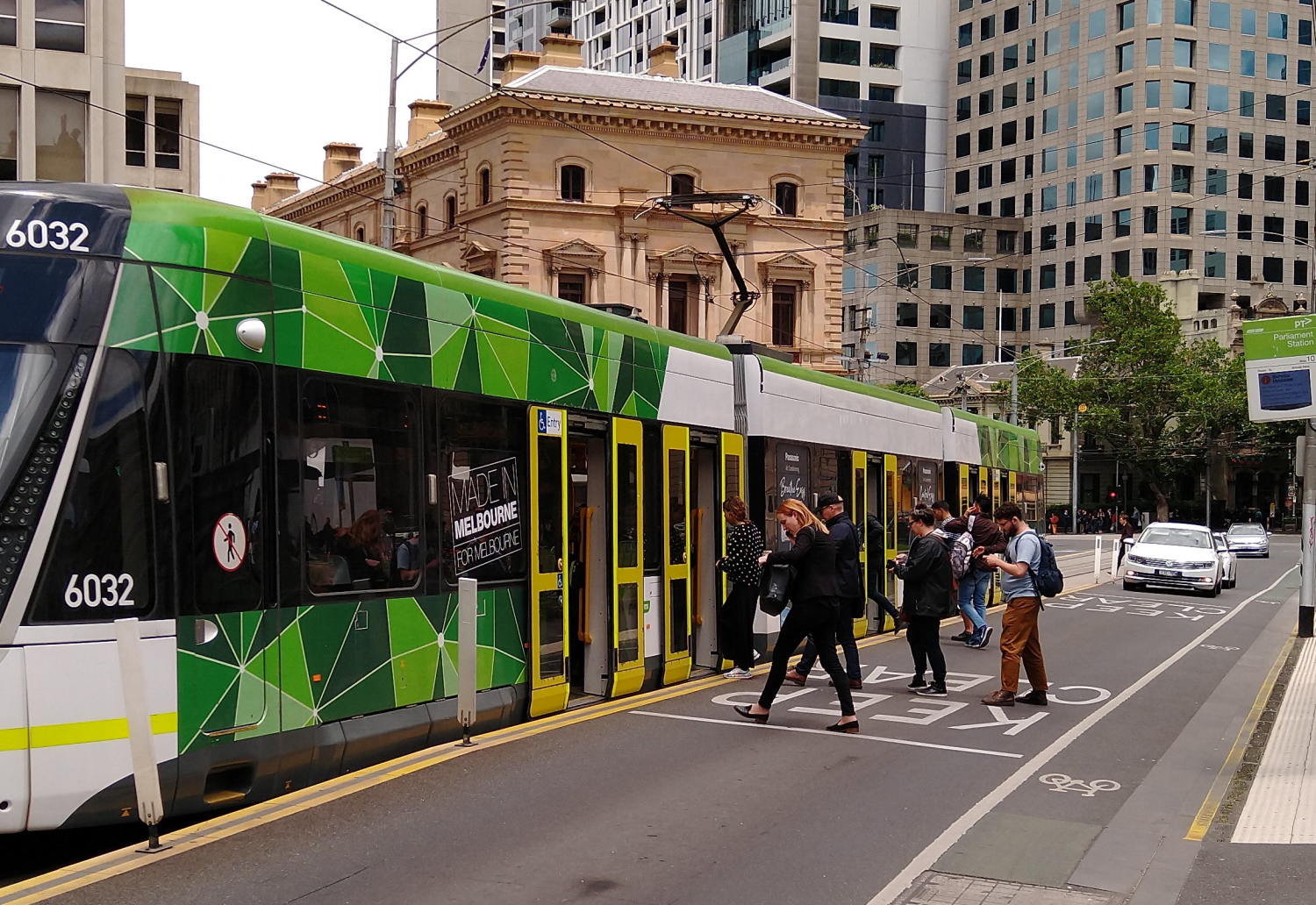 Australian road rules state that motorists are required to stop when trams stop, to allow passengers to board and alight safely.[1]

“This is a rule often broken, with potentially fatal results”, said PTUA spokesperson Daniel Bowen. “There is an urgent need for firm action to protect passengers.

“In the long term, more accessible tram platform stops will help safety, but the progress on these is incredibly slow.”

In November a passenger was struck by a car in Parkville, ‘with witnesses claiming the driver failed to stop when passengers were getting off a tram’.[2]

A recent 3 day police operation saw 14 motorists issued with infringement notices for overtaking stopped trams, but Mr Bowen said it was the tip of the iceberg, with Yarra Trams figures recording hundreds of incidents every year.[3]

A 2016 study noted that tram drivers also have concerns about passenger safety when motorists overtake trams, with one commenting: “At road side stops, motorist(s) don’t stop. … At that moment as a tram driver you feel very useless and try to help people. You gong and they don’t listen.” [4]

Mr Bowen said that road safety cameras have long been used to catch motorists running red lights and speeding, and that they should also be used to protect tram passengers.

A trial in 2013 using external cameras fitted to E-class trams [5] ended without a rollout plan.

“A combination of cameras fitted to trams, and fixed cameras at known hotspots such as Royal Parade, with fines issued for breaking the law, would send a strong message to motorists, and help improve safety.

“The consequences of breaking this rule can be fatal, and it’s time that authorities cracked down on this dangerous driving,” concluded Mr Bowen.

Youtube clips of motorists failing to give way to tram passengers: