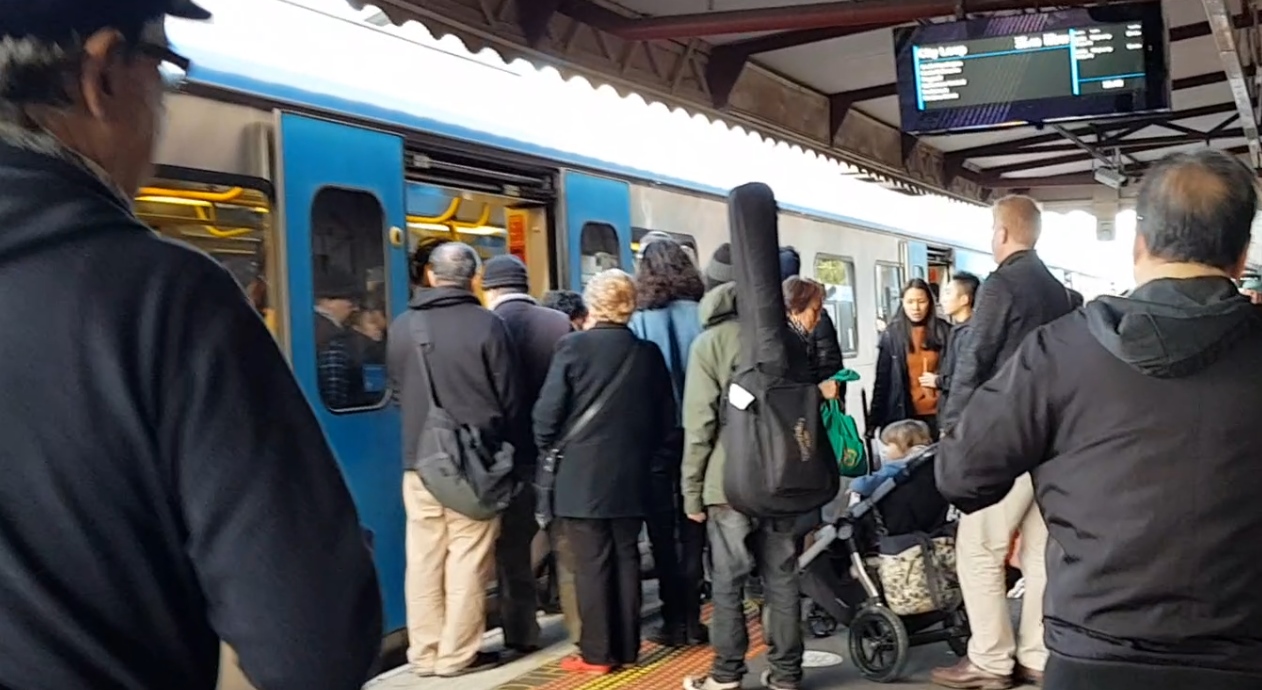 Melbourne’s trains: you might not expect a seat in peak hour, but on Sunday mornings? Most lines are very infrequent – and they’re packed.

Services on the Werribee, Williamstown, Sunbury, Craigieburn, Upfield, Mernda, Hurstbridge and Sandringham lines on Sundays run only every 40 minutes until about 10am, resulting in crowding, while spare trains sit idle in stabling yards.

It hasn’t changed in decades. Sunday 10am to 7pm frequencies were increased in 1999 to 20 minutes, but the morning 40 minute gaps have existed since the 1970s.

This is not good enough for a growing city of 5 million people. To get Melbourne moving, it’s time for frequent train services every 10 minutes on all Metro lines, every day of the week.