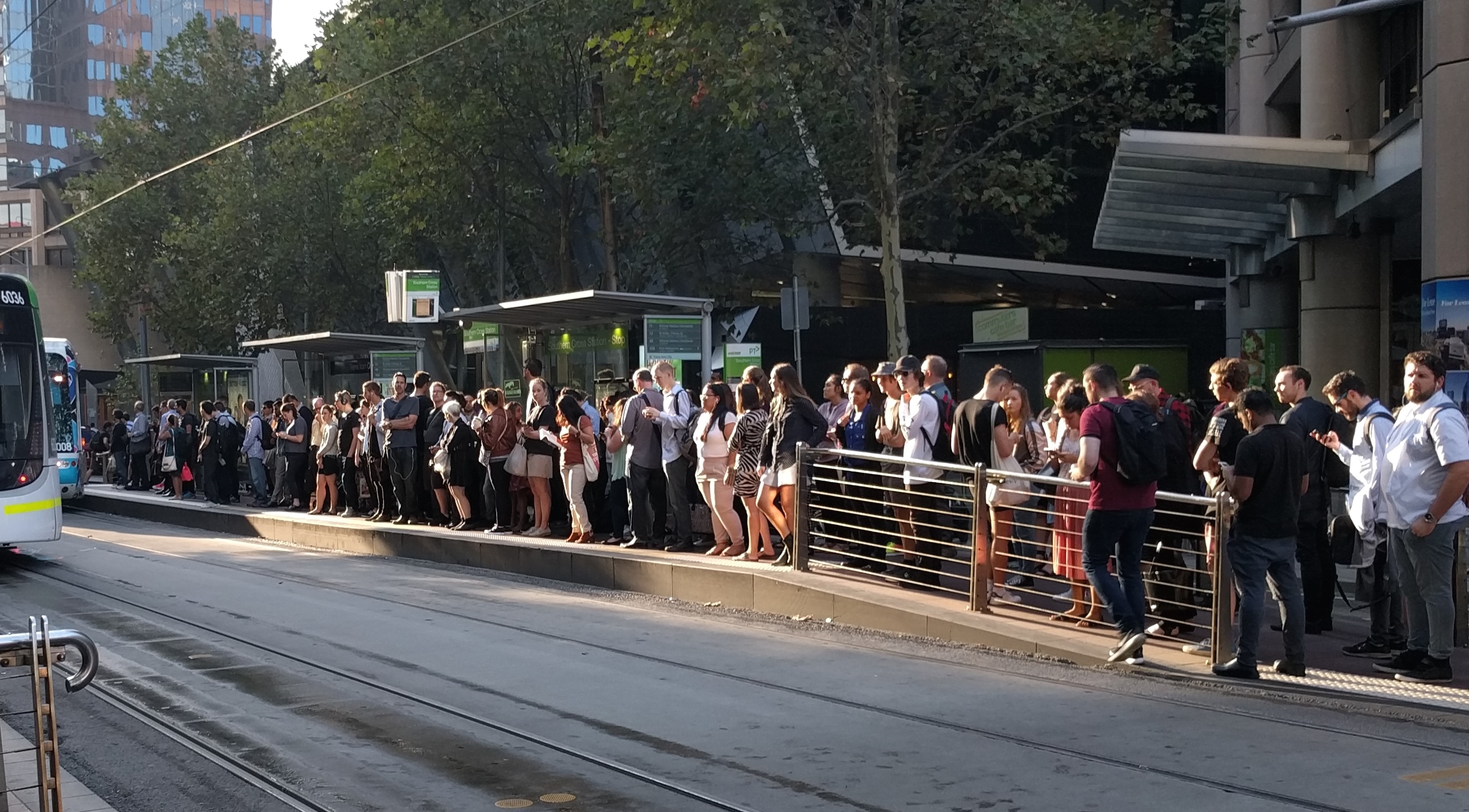 Victoria is in danger of regressing to a 20th century car-dependent model for transport planning, and needs to renew its ambition on public and active transport, the Public Transport Users Association said today.

“After the bold initiatives of 2015 and 2016, this year’s state budget looks more like something from five or ten years ago,” said PTUA President Dr Tony Morton. “For every dollar of new spending on public transport initiatives there is $2.40 on new spending on roads and car travel, which is just going to feed growing congestion. Our overall service provision for public transport will be barely keeping pace with population growth, providing little room to help people who want an alternative to sitting in traffic.”

“The Andrews Government is trumpeting a record $13 billion spend on infrastructure, but with this level of spending, the Victorian public is entitled to know if this is really the right infrastructure, and how it’s going to benefit a decade or two into the future. Are we still devoting the lion’s share of funding to additional road capacity that’s going to fill up in two years, or are we embracing the 21st century model of efficient movement and choices?”

Despite the slant to roads, the PTUA says there are important initiatives in the budget to upgrade signalling and other infrastructure on the Sunbury, Dandenong, Shepparton and Ballarat lines, to continue expanding the train fleet and to provide additional services. This builds on the government’s existing major initiatives such as the Metro tunnel, road-rail grade separation and the Regional Rail Revival package.

But PTUA said the overall impression was of a government suddenly reluctant to build on its record in growing public transport, and instead doubling down on roads. “They want Victorians to get excited about the North East Link, the Mordialloc Freeway and $2 billion worth of road widening in the suburbs,” Dr Morton said. “Barring some encouraging words about high speed regional trains, there’s really nothing new that’s comparable on the public transport side. Is this really all there is, as the Andrews Government goes to Victorians to seek re-election in November?”

With Melbourne’s population set to grow by close to 1 million people per decade, the state cannot afford to drop the ball on public transport, says the PTUA. “We really need to be planning the next big rail capacity boost in the west, given everything that’s said about the Metro tunnel being full almost as soon as it opens. And there’s the ongoing need to boost regular service frequency, including on our long-neglected suburban bus network.”