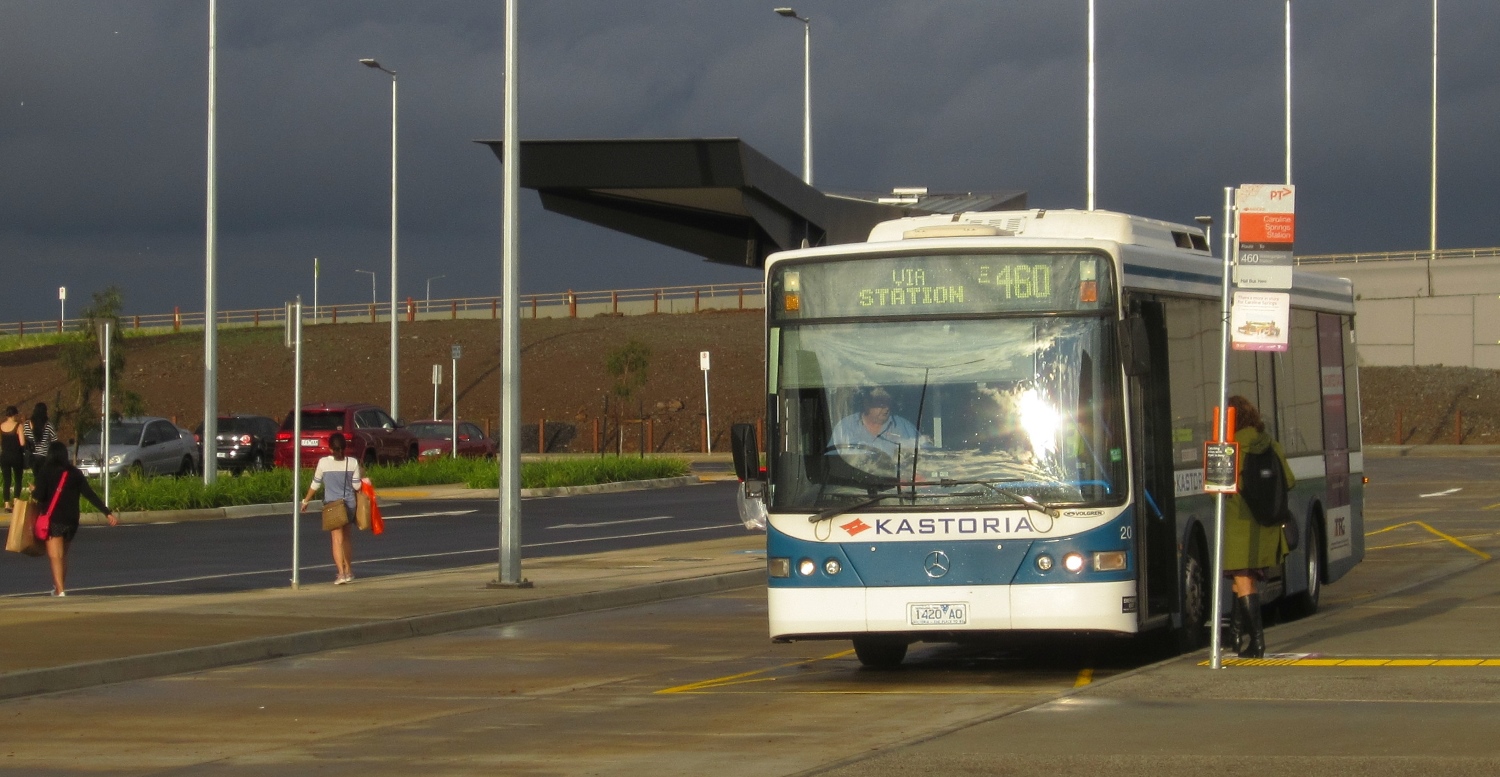 Melbourne’s buses need to be overhauled to follow the heavy-lifting example set by Melbourne’s trams, the Public Transport Users Association said on Friday.

The call comes in response to Infrastructure Victoria’s “Five Year Focus” strategy, which outlines short term actions to tackle Melbourne’s traffic congestion. The report calls on the State Government to make better use of existing infrastructure and bus fleets, restructuring bus networks to be more efficient and managing road space to improve priority for high-occupancy public and active transport.

“It’s fascinating to look back at the ‘five year plan’ the PTUA produced way back in 2005, and how many of the things we were asking for then are coming up in this 2018 strategy,” said PTUA President Dr Tony Morton. “Things like better bus and tram priority, network planning reform, SmartBus links to connect rail corridors and so on – these are perennial problems that really won’t cost that much to fix but have languished for want of political attention.”

But the PTUA has long identified other ‘low hanging fruit’ likely to have similar ‘bang for buck’ performance in the short term, Dr Morton said. “For example, Infrastructure Victoria talks in their report about network connectivity, but only mention new road links to encourage more car travel. We’ve repeatedly raised examples of tram lines that stop barely a kilometre short of railway stations, and where a valuable network connection could be made for want of a short extension, costing the same as a couple of kilometres of new road.”

Other inexpensive initiatives included extra stations on suburban lines where spare capacity exists, the PTUA says. The 2005 plan envisaged a station at Campbellfield on the Upfield line (connecting with the 902 SmartBus) and at Newport West on the Altona line. “The government wasted the opportunity to build a Campbellfield station as part of the recent grade separation completed at Camp Road,” Dr Morton said. “One thing missing from the report is how the government might learn from such examples to plan and maximise the benefits from such relatively small projects in future.”

But the most promising short-term initiatives came from opportunities to reform bus services, especially those Infrastructure Victoria identifies as ‘underperforming’, says the PTUA. “Unfortunately, we see the potential here for trendy knee-jerk ‘solutions’ that make things worse,” Dr Morton says. “For example, the report hints strongly at the idea of removing underperforming bus routes and replacing them with taxis. However much you ginger this up with buzzwords like ‘customer responsive service’ and ‘ride sharing’, all you’re doing is adding cars to the road. In cities around the world that have experimented with using Uber and similar services to replace public transport in their suburbs, congestion has got noticeably worse.”

A better model for improving the performance of suburban buses is hiding in plain sight, according to the PTUA. “Our tram system provides frequent all-day service to a range of often quite low-density suburbs, and does so with a very low operating subsidy per passenger,” Dr Morton said. “If you compare Balwyn or Preston with Tarneit, and ignore that the houses in Balwyn or Preston are older, there’s actually about equal potential to attract passengers who might not want to sit behind a steering wheel in traffic for two hours each day.”

A PTUA presentation last week to the Victorian Transport Infrastructure Conference highlighted that the cities with the best public transport in the world provide a range of options for local travel, led by excellent feeder bus networks.

“Infrastructure Victoria notes that we spend some $600 million a year running buses that are often empty of passengers – and that’s because we’re not actively trying to recruit them,” said Dr Morton. “Governments just need to get smarter about how they spend this money. Each $1 million of annual expenditure could, on industry figures, provide a bus service every 10 minutes, 7 days a week, for a population of around 8,000 people in most Melbourne suburbs. And every extra passenger you get is paying a fare to help meet the cost of the service.

“How much does it cost to provide parking for 8,000 cars? On current figures we’re hearing, anywhere between $100 and $350 million. Even for just a fifth of that population, it would cost more to finance a project like that than to just run a bus that can take people where they want to go all day long.

“Melbourne and Victoria are crying out for strategic, sustainable transport planning that works for everyone,” said Dr Morton. “Infrastructure Victoria is right to say we can’t just take a scatter-gun approach and throw money at every politically expedient project – but we also shouldn’t have such low expectations of our public transport services, when it’s decades of bad policy that has made us so dependent on cars. We need calm, careful consideration of our actual needs, for people and freight, for infrastructure and for decent services.”