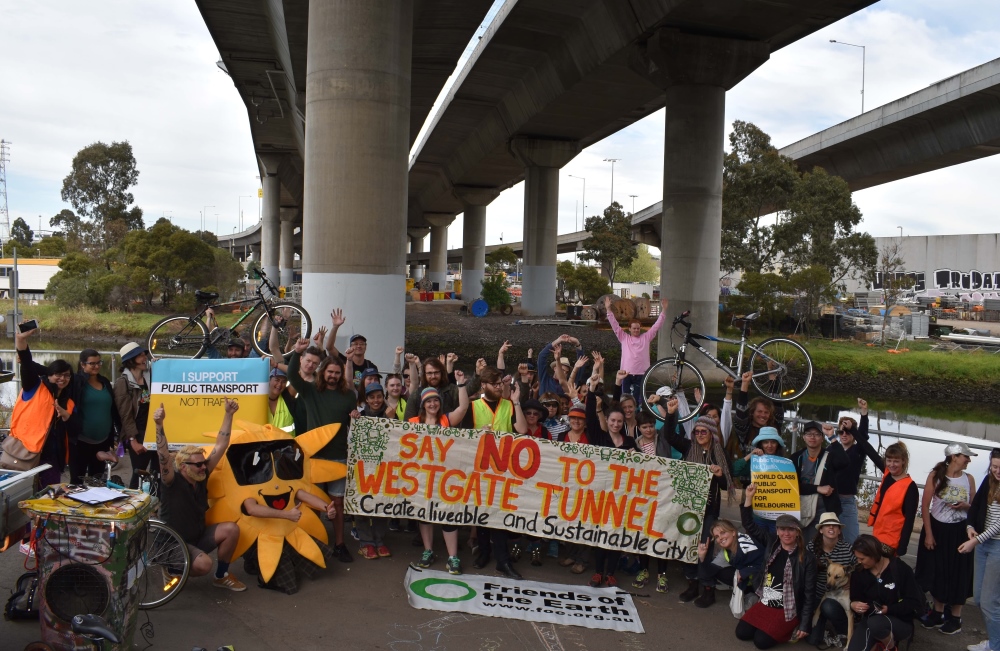 The Public Transport Users Association has called for a public interest ‘circuit breaker’ to end the crisis in major infrastructure planning.

The call comes amid the scuttling of Transurban’s controversial West Gate Tunnel project by the Legislative Council, which the PTUA says is merely the latest manifestation of a planning crisis in Victoria reaching back more than a decade.

“Historically, large infrastructure projects in Victoria have proceeded with essentially bipartisan support, in accordance with some kind of plan and with all the required statutory approvals,” said PTUA President Dr Tony Morton. “Governments could also generally claim to have an electoral mandate for these projects, as Jeff Kennett certainly claimed for CityLink in 1996.”

“The problem governments have faced more recently is that to gain this kind of support, a major project has to both stack up on triple-bottom-line criteria, and reflect the wishes of the community,” Dr Morton said. “Yet of late there’s been a deplorable tendency for governments to announce huge, multi-billion dollar projects with dubious benefit-cost analyses, then scramble to sign contracts and start construction with unforeseen haste, as though they fear not getting an election mandate and want to force it as a fait accompli instead. We saw exactly that with the East West Link, and now we see it with the West Gate Tunnel. It’s little wonder these projects turn into ugly partisan brawls, that alarm Victorians at the betrayal of public trust involved.”

Dr Morton pointed to a December 2017 public letter to the Premier from 28 urban transport and planning experts, documenting their own concerns with Victoria’s planning crisis and with the West Gate Tunnel project in particular. This followed a submission by transport modelling expert William McDougall to a Senate inquiry on tollroads in July 2017, citing serious concerns with the way major road projects are assessed.

The PTUA also points to a ‘striking disconnect’ between the approach taken to the West Gate Tunnel and the Metro rail tunnel. “The Metro tunnel has been studied almost to death over three election cycles,” Dr Morton said. “But while some details can be argued over, there’s really little doubt there’s a public mandate to get on with it and there’s huge benefit for Melbourne’s west in particular. This rail tunnel will move three times as many people as the West Gate Tunnel without breaking a sweat.”

PTUA also believes similar support would exist for the original West Gate Distributor project that Labor took to the 2014 election. “As we have said all along, this project was designed to solve a problem, which was to get trucks out of residential streets. It does it at a cost one-tenth that of the West Gate Tunnel, and without putting more trucks in other residential streets, or overwhelming central Melbourne with more car traffic contrary to 30 years of planning strategy. And the government can even claim a mandate for it!”

“Changing direction is never easy. We know the road lobby really wants to be in charge of transport planning again like they were last century. But the public has different ideas now: most Aussies don’t accept that the only way to get cities to work is by turning them into Los Angeles. So the road lobby, and those who make money whenever traffic gets worse, has fallen back on the ‘market-led initiative’ process, which is basically a licence to subvert proper planning.”

To get Victoria out of the present crisis, the PTUA has renewed its call for a planning ‘reset’ on explicit public-interest criteria. “We could start by tasking Transport for Victoria with the creation of the Transport Plan actually required by Victorian legislation,” Dr Morton said. “It ought to be publicly tested in accordance with the Act, on triple-bottom-line criteria, informed by a well-supported view on what kind of city we want to be. And it needs planning experts, community groups and local councils to be actively involved in its construction, and not subject to veto by faceless men in Collins Street who answer only to the road lobby.”

“In the meantime, Premier Andrews and Minister Donellan can get those good people back to work in Yarraville building the original West Gate Distributor project,” said Dr Morton. “It’s still there in the West Gate Tunnel plans, does the job the public needs and already has community support.”