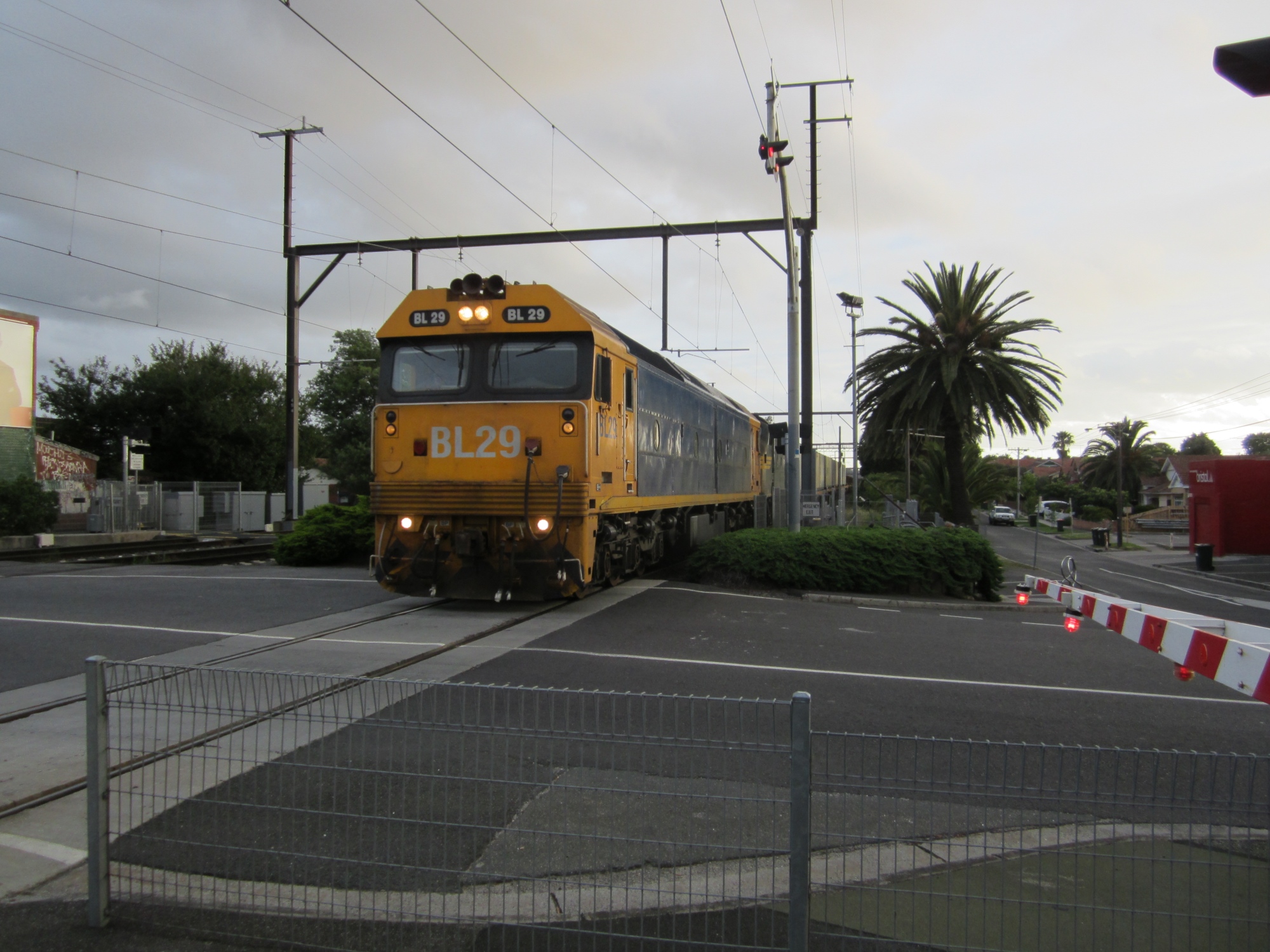 The Public Transport Users Association welcomes the Andrews Government’s resolution on Sunday to progress work on the Port Rail Shuttle to “level the playing field” between road and rail freight for the Port of Melbourne.

PTUA President Dr Tony Morton said the Port Rail Shuttle was a critical project for the mutual benefit of freight operators and residents in Melbourne’s west.

“The relatively modest $58 million price tag belies the importance of this project,” Dr Morton said. “It’s all about renewing a heap of underutilised rail infrastructure around the port area and inner west, based on the most up-to-date thinking in efficient freight movement and logistics. It’s also to Melbourne’s competitive advantage as we catch up to where Sydney is now with its Moorebank multimodal terminal.”

The lack of rail connections to the Port of Melbourne led operator Qube Logistics to abandon the port and focus its operations in Sydney, where the Moorebank terminal provides full flexibility in road and rail-based container logistics. In Melbourne, the Port Rail Shuttle will allow direct rail access between the port and multimodal terminals (dubbed ‘inland ports’) in Altona, Somerton and Lyndhurst.

Rail connections to more far-flung destinations will also be better provided for. “Right now we have the absurd situation where bulk freight is railed in from regional Victoria – at a great saving of money, energy and emissions – but then has to be reloaded onto trucks for the last five kilometres into the dock area,” said Dr Morton.

At the same time, the shuttle needed to be placed in context as the start of a wider rail strategy for the Port, according to the PTUA. “We need to be serious about rail if the port is going to handle the freight volumes being talked about: this means reconnecting rail to Webb Dock, and looking at the whole access charging regime to level the playing field with almost ‘free’ road transport.”

The PTUA also stresses the wider context for transport planning in western Melbourne, with hearings currently underway on the Environment Effects Statement for Transurban’s West Gate Tunnel. “The Port Rail Shuttle currently tops our list of high-value projects that are competing directly with the West Gate Tunnel for attention and funding,” Dr Morton said. “It hasn’t escaped anyone’s attention that the rail shuttle was put on hold for three years just as major road plans were being progressed.”

“We’re under no illusions here – there is a direct competitive situation between road and rail for port freight traffic,” said Dr Morton. “And now we have a choice before us. The West Gate Tunnel tilts the balance toward vastly greater numbers of trucks, while the Shuttle and its complementary rail measures are intended to reduce truck movements. Clearly, the Shuttle affects the business case for the road and vice versa. If we were being honest in planning for the public interest and keeping to the fine words of the Transport Integration Act, the road and rail alternatives would be evaluated side-by-side.”

“This is quite separate to the threat the West Gate Tunnel poses to city traffic and amenity more generally,” Dr Morton said. “Though we’re talking about freight at present, this is not going to be primarily a ‘freight road’. It is quite plainly a radial commuter motorway for single-occupant cars into central Melbourne, of the sort that we thought transport planners had abandoned after the 1970s.”

Submissions on the West Gate Tunnel EES by PTUA as well as the City of Melbourne, the Planning Institute of Australia and the Inner Melbourne Planning Association have raised concerns that freight on the new road will be overwhelmed by an explosion in private commuter traffic, to the detriment of local communities, and that sustainable public transport solutions were being overlooked in the rush to endorse a private toll road. This contrasts with the more targeted ‘West Gate Distributor’ proposal the ALP took to the 2014 State election.