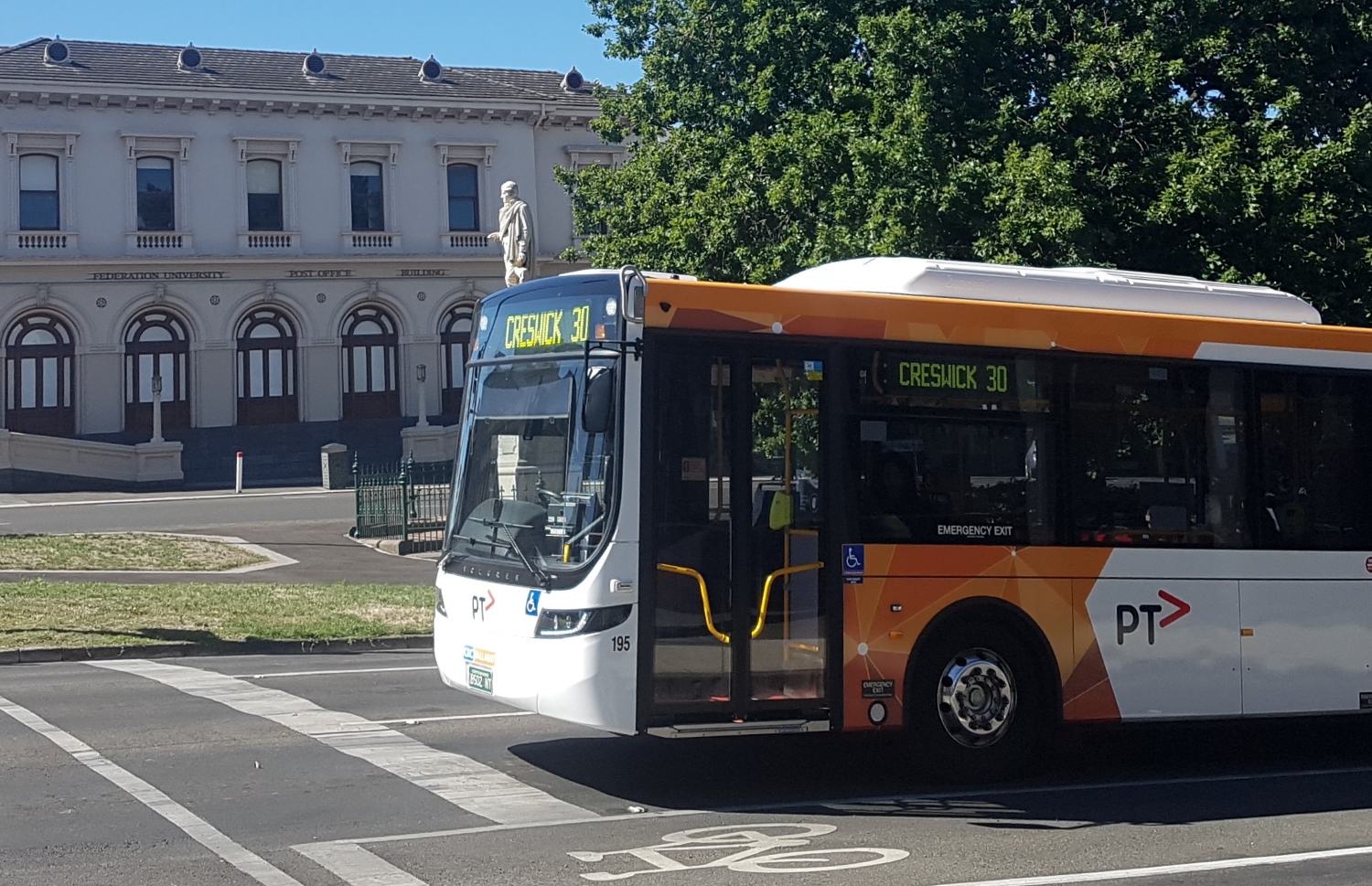 A new bus timetable for Ballarat will come into effect on 27 August to align with new train times, but the Public Transport Users Association note that most problems with the timetables still remain.

Since January 2017, Ballarat bus timetables have been excessively padded out, with overly-generous estimates for how long parts of a journey will take. Buses are constantly being forced to sit idle at key timing points, waiting for the timetable to catch up to reality – wasting the time of drivers and passengers alike.

Before January 2017, a trip from Federation University to Sovereign Hill was timetabled at 11 minutes. Now the exact same journey is timetabled at 18 minutes – a 64% increase. This means that when the bus arrives at Sovereign Hill, it regularly has to wait several minutes for the timetable to catch up before continuing on its journey.

A few times have been tweaked in the August timetable update, to reflect similar tweaks to V/Line timetables – but none of these overestimations has been corrected.

PTUA Ballarat Branch convener Ben Lever noted that this was a missed opportunity.

“There are a lot of complex issues with Ballarat’s new bus network that will require comprehensive review, but this isn’t one of them. This is a simple problem which could easily have been fixed along with the other August timetable tweaks – it’s extremely disappointing that PTV have let this opportunity pass by.

“With an entirely new route structure introduced in January, these sorts of teething problems aren’t surprising – it takes time and experience to fine-tune timetables. But PTV now have six months’ worth of experience with the new network, so there’s no excuse for letting these problems continue.

“If we want to get people out of their cars and reduce congestion – both on the roads and in station carparks – Ballarat needs fast, direct buses that can compete with cars. Sitting idle is no way to do that.

“PTV needs to commit to reviewing these excessively slow timetables as soon as possible.”