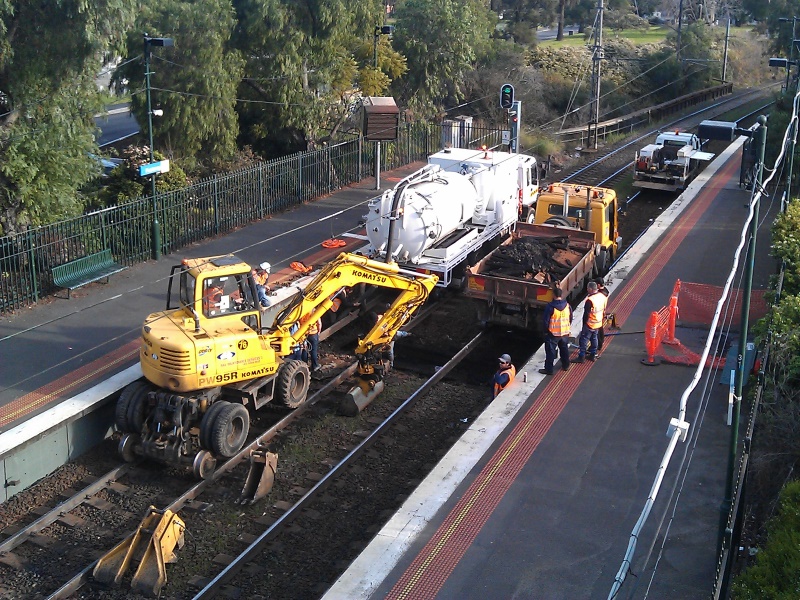 The Napthine Government could boost its tenuous grip on power and regain the confidence of the Victorian public if it kept its 2010 election promises on transport – but time is running out, the Public Transport Users Association said today.

“Premier Napthine risks not winning a second term of government, whether an election is called now or in November,” said PTUA President Tony Morton. “But this is a situation of the government’s own making. It was the Premier and the government’s decision to trash its 2010 promises on public transport, the ones that won Victoria for the Coalition for the first time since 1996, and sink all its money into a foolish East West road project with a return of 80 cents in the dollar.”

“Were it not conscripting the public treasury to this $18 billion traffic factory, the Napthine Government could afford to go ahead with what it promised in 2010. It could build the lines to Doncaster and Rowville, assisted by Metro’s high-capacity signalling initiatives, build a proper station at Southland, and restore country rail links between Geelong, Ballarat and Bendigo.”

“Not only that, it could also satisfy public demands for rail extensions to Mernda and Clyde (Cranbourne East), and give PTV the support it needs to fix up bus services throughout Melbourne’s suburbs.”

Dr Morton said the government had one last chance to redeem itself on public transport and rebuild its electoral chances. “But the government also knows that if it remains committed to the East West Link, it can’t afford to keep any of those promises. Even its freshly minted Melbourne Rail Link project won’t get any serious money until 2018, because the East West Link is soaking up all the funds. Indeed, there’s a very real risk that the Melbourne Rail Link and airport line won’t go ahead at all, because the bulk of the funds aren’t even committed.”

“The government must do the honourable thing and give the Victorian people a say in how $18 billion is best used to reshape their capital city,” said Dr Morton. “The East West Link must go to an election. It is already flying in the face of due process to attempt to sign contracts before November, but if the Premier is still set on doing so, then on his honour, there are constitutional means available to put this to the Victorian people at an election first. Victorians must be granted the choice that has been denied to them since 2010 when they thought they were voting for public transport.”