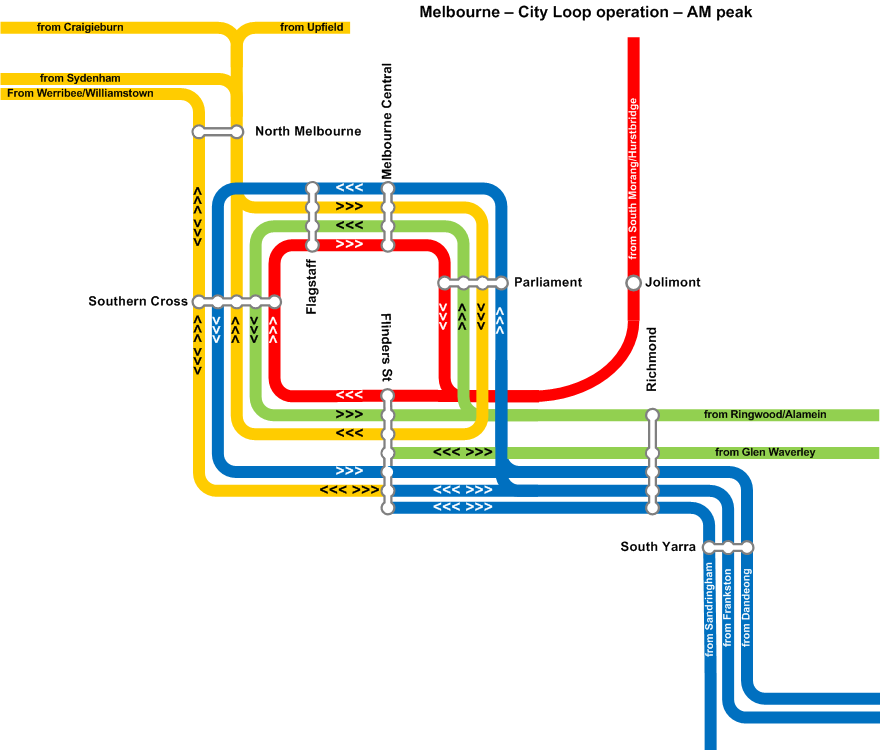 “In the meantime, we hope these maps at least go some way to demystifying the Loop”, he said.

The maps were inspired by “Zen and the Art of the City Loop”, a series of maps first published online in the 1990s, but not updated to take account of recent changes. http://www.railmaps.com.au/cityloop.htm

The Glen Waverley, Alamein and Frankston lines are also very confusing, with loop and direct trains running at different times of the week, and in different directions around the loop depending on the time of day.