Sometimes public transport just doesnâ€™t quite cut it. And for those who only occasionally need a car, car sharing could be the answer.

Go Get car share have given us, unsolicited, a gift certificate of a double-membership to their car share scheme for a year â€“ worth $410. Weâ€™ll give it to the member who writes the best transport-related letter published in a daily newspaper between now and the end of June 2008.

The winner is David Lyons of Maribyrnong, for two letters to the Herald Sun, and one to the Weekly Times. Well done David — your certificate will be in the mail shortly! 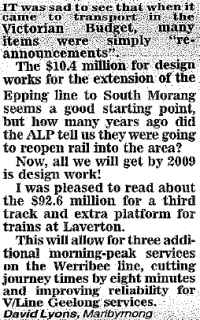 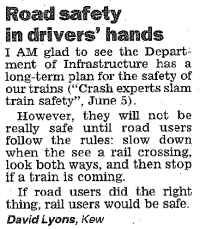