We compared public transport fares from Melbourne, Sydney, Brisbane, Canberra, Adelaide and Perth. By looking at rail (or bus) fares from various suburbs, we were able to compare the costs of travelling into each city’s CBD.

The figures (as at January 2009, and including the Melbourne and Sydney price-rises on 1st January 2009) are shown in the graphs below.

They show that for public transport trips under 40km, Melbourne is the most expensive city in Australia, apart from some short trips which are more expensive under the flat-fare system used in Adelaide and some trips in Sydney. Trips over 40km are cheaper in Melbourne than some other cities, helped by the removal of zone 3 in March 2007. 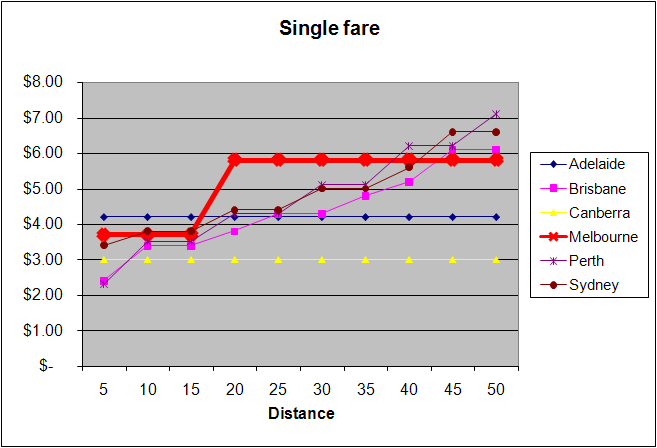 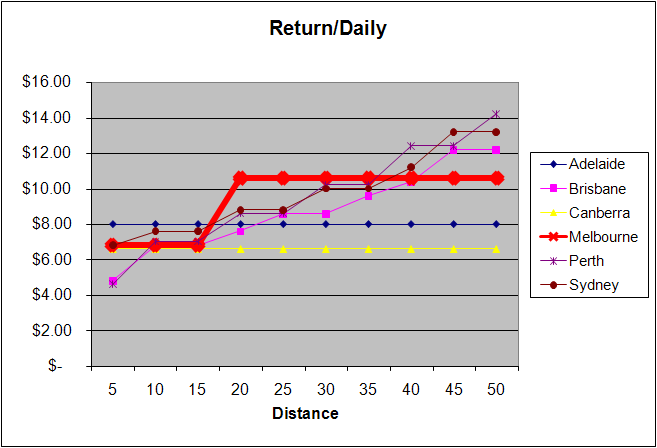 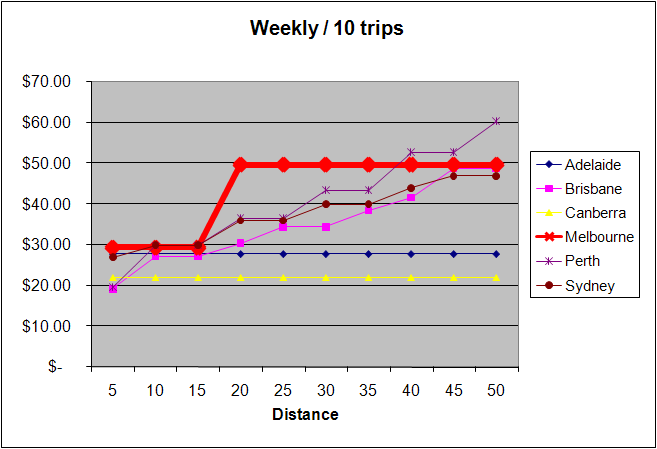