The Public Transport Users Association (PTUA) has welcomed the commitment by the federal government to fully fund its share of the planned duplication of the rail line from South Geelong to Waurn Ponds.

PTUA Geelong Branch convener, Paul Westcott, said that the project had been on the agenda ever since the opening of Marshall station in 2004. “It is very gratifying to see that a start can be made on the duplication, with both side of politics now committed to it”, he said.

“Not only will it enable more frequent rail services to be run to the growing southern suburbs of Geelong, it will also pave the way for more trains on the Warrnambool line.”

Mr Westcott singled out the federal member for Corangamite, Sarah Henderson, for credit. “In 2015, after consultation with the PTUA, she became the first politician to advocate for the duplication project, despite the fact that the then Abbott government was opposed to providing federal money to passenger rail.”

“Now here we are, four years later, with an important project which is supported by both sides of politics, federal and state, and is fully funded. It’s a great outcome,” Mr Westcott said.

The Geelong Branch of the Public Transport Users Association has queried the logic of Infrastructure Australia’s negative response to the business case for the duplication of the South Geelong-Waurn Ponds rail line.

Branch convener Paul Westcott noted that Infrastructure Australia seems to be saying that the project would stack up if some changes were made.

“If they are saying that certain modifications to the business case would lead to them supporting the project, why couldn’t they assess the project with the changes they themselves suggest?” Mr Westcott said.

Mr Westcott also criticised the State government for not having quantified some obvious benefits of the project in the business case, which has led Infrastructure Australia to require more work to be done on it.

“The State government must urgently revise the business case, taking Infrastructure Australia’s comments into account, ensuring the project can be assessed on its true merits,” Mr Westcott said.

“However, it’s good that both sides of politics continue to back the project that will see more trains running to stations South of Geelong, including to Colac and Warrnambool, and help them run more reliably.”

“They are happy to keep the East-West Link toll road in Melbourne on their priority list, despite the fact that is has a cost-benefit ratio of only 50 cents in the dollar.

“Even worse, the duplication of the highway to Colac, also funded by federal money, will only return about eight cents in the dollar.”

The Public Transport Users Association (PTUA) has welcomed the state government’s announcement of a study into faster rail services for Geelong.

A $50 million study will investigate the possibility of trains running at between 250 and 300km/h between Melbourne and Geelong.

However, Mr Westcott noted that the overwhelming concern for Geelong line passengers right now is overcrowding at the Melbourne end of the line, and the unreliability of services.

“It’s vital to fix those problems now, as well as planning for the future,” Mr Westcott said. “Geelong trains should not be serving suburban passengers from Tarneit, Wyndham Vale and Deer Park.

“The line to Wyndham Vale must be electrified so Metro trains can do that job, and the two planned separate tracks must be built so Geelong trains don’t have to stop at suburban stations.”

The PTUA has also welcomed the state government’s announcement that the Melbourne Metro Rail Authority (MMRA) will be re-established as Rail Projects Victoria.

“Rather than having separate agencies running each new project, it is sensible to have a single agency responsible for all rail projects,” Mr Westcott said. “It will help retain talent and skills in rail projects, and provide a pipeline of works for the people involved.”

Mr Westcott noted that the new authority should be able to coordinate and combine related projects together. For example, the Melbourne Metro Rail Authority (MMRA) is planning to build a new station at Toolern on the Melton line, right next to Ferris Road, but the opportunity to grade separate Ferris Road at the same time is apparently not being taken.

“Based on what the government has said, Rail Projects Victoria will start out with the same remit as the current MMRA, but we hope that more projects will be added to it over time,” Mr Westcott said. 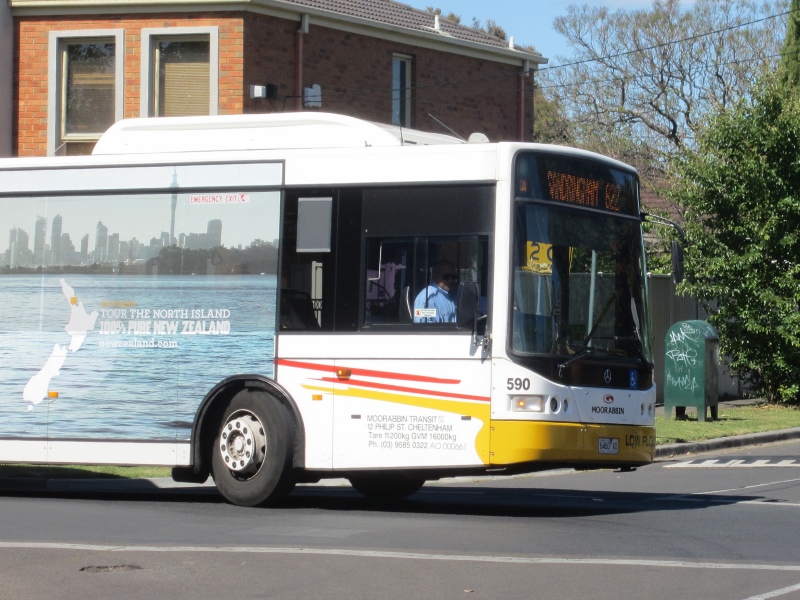 Public transport users welcomed the announcement by the Labor Party that it would introduce 20-minute off-peak rail services to Melbourne if elected in November.
END_OF_DOCUMENT_TOKEN_TO_BE_REPLACED

The Public Transport Users Association (PTUA) revealed today the Victorian Government will scrap the use of short-term tickets on Geelong buses in the middle of next month.

PTUA Geelong Branch Convenor Paul Westcott said that move was the worst decision since the introduction of Myki itself, and would cause huge problems for bus users in Geelong. It also makes the Myki system almost unique in the world in not having a short-term ticket option.

“About sixty percent of Geelong bus travellers are using short-term tickets [1], yet the state government is going to scrap them,” Mr Westcott said. “That stupid decision threatens to create a huge problem for bus passengers and drivers. It is likely to be a disincentive for people to use public transport and will lead to more fare evasion.”

END_OF_DOCUMENT_TOKEN_TO_BE_REPLACED

Volunteers will hand out fliers at Geelong railway stations this week, asking passengers to contact state and federal MPs to help save stops at North Melbourne station.

When the Regional Rail Link opens, Geelong line trains will run past North Melbourne station without a stop, despite it being the best station for changes to the City Loop, and other rail and bus services.

Dedicated train users will give fliers to early morning commuters outside major Geelong stations, encouraging them to e-mail, phone or visit their MPs to make their views known.

The Public Transport Users Association’s Geelong branch convenor, Paul Westcott, said the volunteers hoped to raise awareness among train travellers. “About half of regional commuters change at North Melbourne, but many don’t know that they will lose their stop without urgent changes to Regional Rail Link plans”.

END_OF_DOCUMENT_TOKEN_TO_BE_REPLACED

“The minister is trying to dress up a downgrade as an improvement,” PTUA regional spokesperson Paul Westcott said.

Mr Mulder has said that continuing to allow V/Line passengers to use North Melbourne would “add to congestion” at the station, yet it was recently rebuilt at a cost of $30 million to increase its capacity.

“It’s nonsense to claim that regional trains will suffer delays from congestion by stopping at North Melbourne because they will now all stop at Footscray instead,” Mr Westcott said.
END_OF_DOCUMENT_TOKEN_TO_BE_REPLACED

“Over sixty percent of bus travellers are using short-term tickets[1], yet Mr Mulder says that they are going to be eliminated ‘to the extent possible’. That threatens to create a huge problem for bus passengers and is likely to be a disincentive for people to use public transport.”
END_OF_DOCUMENT_TOKEN_TO_BE_REPLACED

The Geelong Branch of the Public Transport Users Association is disappointed that the state government has given the go-ahead to the Regional Rail Link (RRL) without any real changes.

“When he was in opposition, Public Transport Minister Terry Mulder made a number of pointed criticisms of the scheme, yet now he has rushed into announcing that it will continue it as it is, even in the face of a huge cost increase,” Branch convenor Paul Westcott said.

The cost blow-out that Mr Mulder revealed after the Coalition came to power, coupled with the federal government delaying its funding commitment in order to deal with recent natural disasters, provided a perfect opportunity to have the project properly re-assessed, and for alternatives to be fully explored.
END_OF_DOCUMENT_TOKEN_TO_BE_REPLACED

JASON Dowling’s defence of the Regional Rail Link (Comment, 22/2) essentially asserts that a project costing about $5 billion must be a good thing.

What began as a line on a map in the Eddington report has evolved secretly and fitfully. We still have no idea how train services will be organised, but we do know that many passengers will actually be disadvantaged by the project as it is configured.

The basic problem is that it tries to be both a regional and a suburban project. New stations at Tarneit will be served by crowded Geelong trains making extra stops. Tarneit residents won’t get the same frequency of service as other metropolitan rail users.
END_OF_DOCUMENT_TOKEN_TO_BE_REPLACED