Groups as diverse as the Greens, privatisation experts and former train and tram operators support a lean, expert body to plan a public transport network for Melbourne. The benefits have been demonstrated in cities from Perth to London.
END_OF_DOCUMENT_TOKEN_TO_BE_REPLACED

As the state election approaches, the Public Transport Users Association (PTUA) has called for upgrades to V/Line short distance services[1] to run at least every 30 minutes, seven days-a-week.

PTUA regional spokesman Paul Westcott said that with strong patronage growth, V/Line train services are increasingly overcrowded not just in peak times, but also at off-peak times, including weekends, and that waiting times are excessive.

“You will wait an hour between trains from Geelong to Melbourne, for  example. You could drive the distance in that time.

“And our members report passengers forced to stand for long distances on some off-peak V/Line trains.”
END_OF_DOCUMENT_TOKEN_TO_BE_REPLACED

The Alamein line which is used for over 1.8 million journeys a year is falling behind, according to the Public Transport Users Association (PTUA). Recent timetable upgrades for the metropolitan train network launched earlier in the month ignored Alamein line commuters.

“Alamein passengers are tired of being left behind by the government and Metro”, said Jeremy Lunn, the PTUA’s eastern spokesman, “so an upgrade is needed in order to bring Alamein trains in line with services on the Ringwood line”.

With the state election just around the corner, the PTUA believes there is a strong chance of seeing an upgrade to Alamein services.
END_OF_DOCUMENT_TOKEN_TO_BE_REPLACED

Passengers on the Lilydale and Belgrave lines beyond Ringwood are receiving train services that are below urban standards according to the Public Transport Users Association (PTUA). In the off-peak, services beyond Ringwood operate half-hourly, compared with every 15 minutes between the city and Ringwood.

Peak hour services also finish very early at just after 8am in Belgrave, potentially inconveniencing commuters who work irregular hours or outside the CBD (in places such as Ringwood or Box Hill).

“There is absolutely no reason to believe that people living beyond Ringwood deserve poorer public transport services,” said Jeremy Lunn, the PTUA’s Outer East Convenor. “Both these lines are supported by a good urban population and residents deserve much better than what they are currently receiving.”
END_OF_DOCUMENT_TOKEN_TO_BE_REPLACED

Analysis of 2009 crime statistics by the Public Transport Users Association (PTUA) has shown that 45% of assaults on railway stations occur at just ten locations. The figures also showed about half the assaults occurred in the daytime.

PTUA President Daniel Bowen said that the figures reinforced the association’s call for all stations to be staffed from first to last train, and with a permanent police presence at the top ten hotspot stations.

The PTUA also wants a review of communications and emergency response times to ensure that station staff can quickly get police or ambulance assistance when required. Police deployment should include a mechanism for radio contact between patrolling police officers and station booking office staff, and be regularly reviewed to ensure chosen locations remain appropriate, with possible expansion if required.

“While people are most concerned about safety on the train system at night, the reality is that about half the assaults happened in broad daylight”, said Mr Bowen.

“And just ten stations accounted for 45% of the incidents reported.

“All together 85 stations had recorded incidents of assault, but 116 had none.”
END_OF_DOCUMENT_TOKEN_TO_BE_REPLACED

CRAIG Langdon has kept his promise to voters to resign if a freeway through Heidelberg became Victorian Labor policy (”Freeway dissenter urges referendum”, The Age, 26/8). But how awkward that he’s left it until three months before the election rather than standing down in 2008 when plans were announced.
END_OF_DOCUMENT_TOKEN_TO_BE_REPLACED 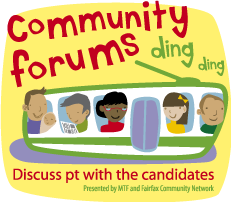 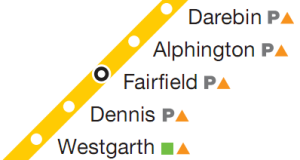 The Public Transport Users Association (PTUA) has called on all political parties to commit to fulltime staffing of all metropolitan railway stations, and a joint Victoria Police/Metro review to determine which stations should have a permanent police presence.

“We should not have a train network of ‘haves’ and ‘have-nots'”, said PTUA president Daniel Bowen. “Everyone’s local railway station should have such basic facilities such as toilets and a fulltime staff presence, providing safety and customer service.

“Staff should be able to call for a rapid police response where it is required, and funding should be provided for Victoria Police and Metro to determine which hotspot stations should have a permanent police presence, whenever trains are operating.”

The Public Transport Users Association (PTUA) has called on the state government and opposition to commit to building a railway station at Southland Shopping Centre.

PTUA president Daniel Bowen said it was ludicrous that a major traffic generator adjacent to a railway line had no station.

Southland’s western entrance is only a short distance from the Frankston line, but train passengers must walk a kilometre from the closest station at Cheltenham, or catch buses, which are not timed to connect with trains, and depart from several different stops.
END_OF_DOCUMENT_TOKEN_TO_BE_REPLACED