The Premier has replied to our Open Letter. We thank Dr Napthine for his response, which as per his request you can read in full below — but feel we must comment on some of the points, which you will find below the letter. 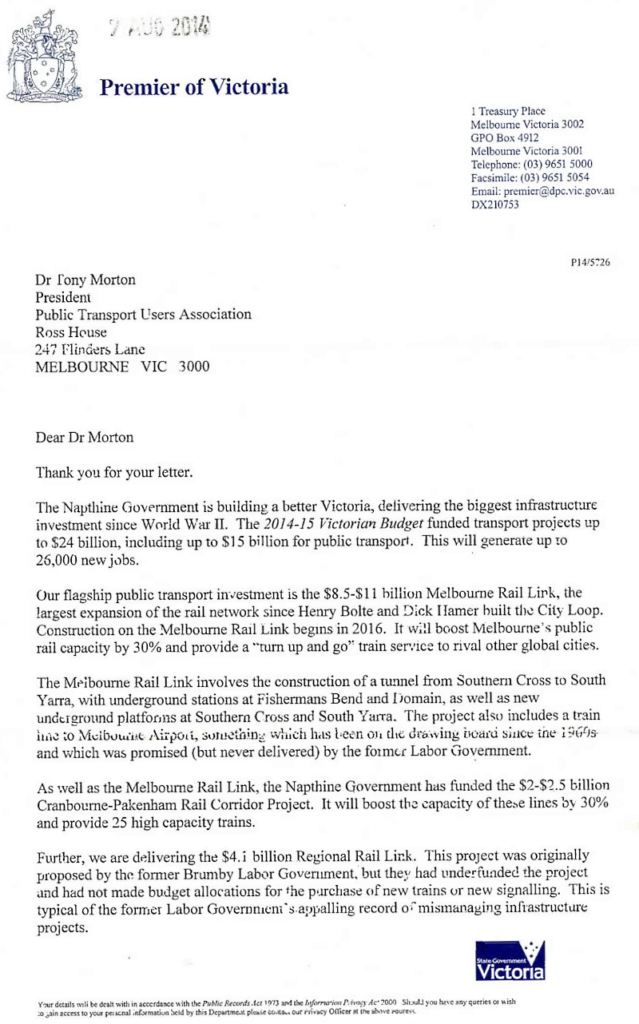 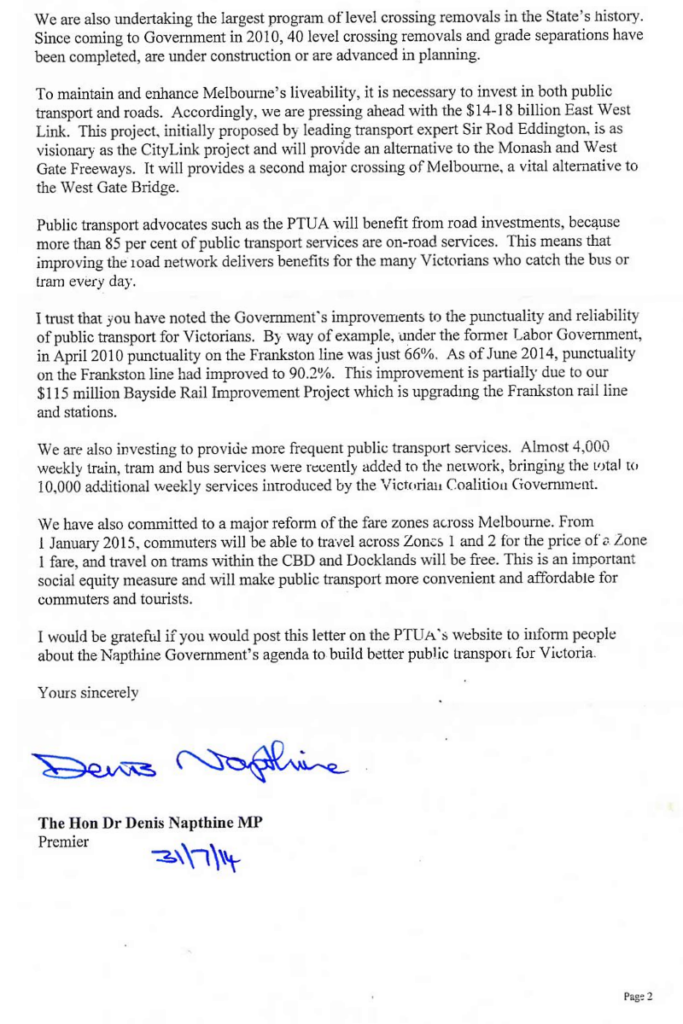 In conclusion, we thank Dr Napthine for his detailed response, and we are pleased to see some important public transport projects proceeding. But we remain deeply concerned that the East West Link will divert attention and funding away from urgently needed upgrades, and all for an incredibly expensive motorway that has no mandate from the Victorian people.