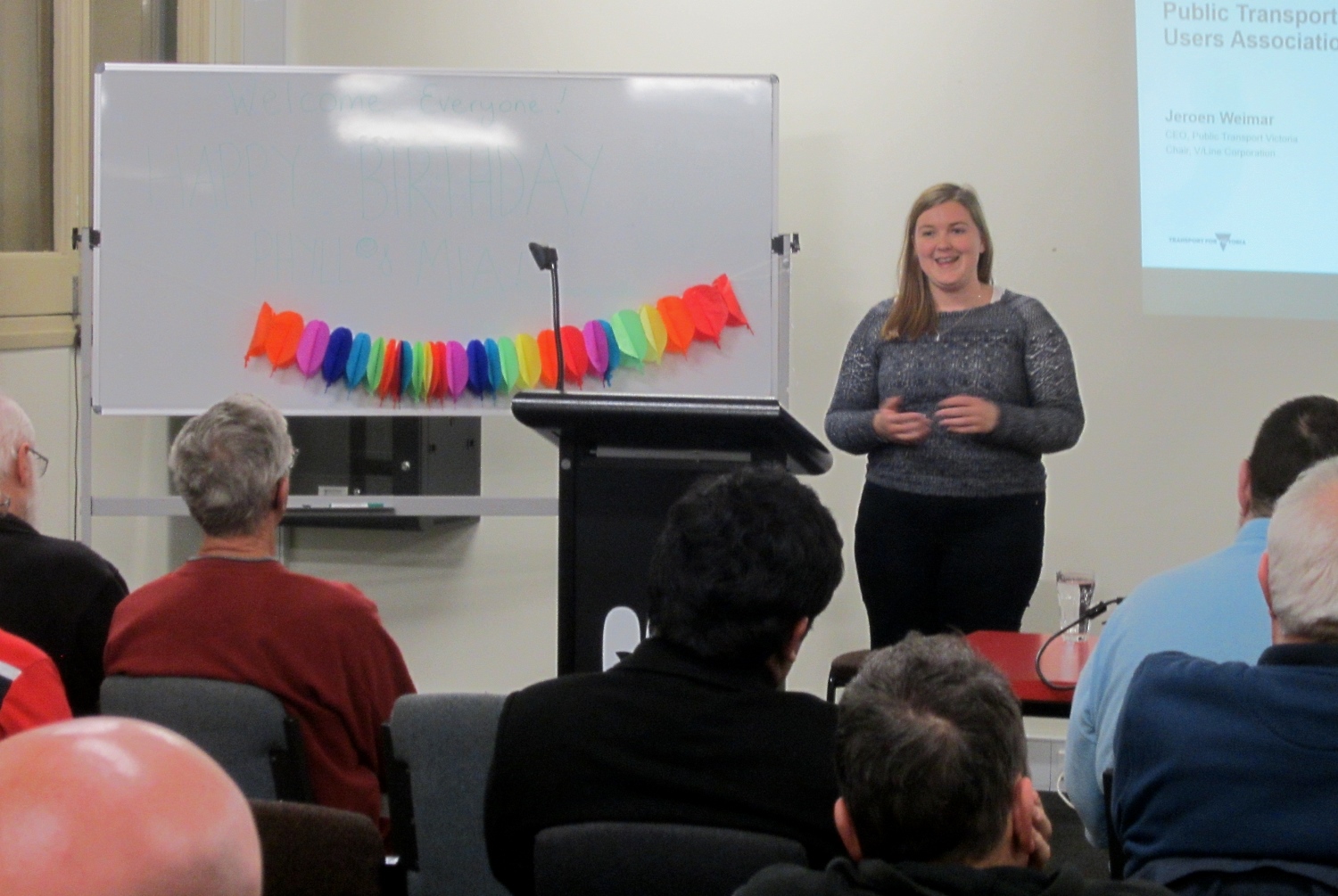 Come and discuss public transport issues, and how you can help get them fixed, with the PTUA committee and with other members.

James C Murphy – author, and lecturer in politics and public policy at the University of Melbourne.

James has written The Making and Unmaking of East-West Link, the definitive account of a hotly debated political project in Melbourne. This will be the topic of James’ presentation.

Where: Online via Zoom.

Note: This meeting is open only to current PTUA members. You can join or renew online now.

12/11/2020 – PTUA’s 2020 Annual General Meeting included an update from the committee, and a presentation and Q+A from Public Transport Minister Ben Carroll.

14/11/2019 – PTUA’s 2019 Annual General Meeting, including an update on our organisation and campaigns for the year, and a presentation and Q+A with James Pinder, CEO of V/Line.

25/7/2019 – Cr Nic Frances Gilley, Chair of the Transport Portfolio, spoke about the Draft Transport Strategy 2030, which aims to meet the transport, access and livability demands of the City of Melbourne, today and into the future.

18/10/2018 – PTUA Annual General Meeting, with an update from Sustainable Cities campaigner Rachel Lynskey, and presentation of the Paul Mees Award.

14/6/2018 — Dr Ian Woodcock, RMIT University, Centre for Urban Research: “The Future of Transport – Is Melbourne Getting it Right?”

29/7/2016 — Screening of: Melbourne’s Forgotten Railway – The Outer Circle – with discussion from Crystal Legacy and Daniel Bowen

30/4/2015 — Ian Woodcock from the University of Melbourne, on how Melbourne can achieve grade separation at large numbers of level crossings cost-efficiently and with a good outcome for local communities.

23/8/2012 — Felipe Carvajal, former transport planner at the National Planning Department of Columbia. The video that Felipe was unable to show, illustrating the change in road priorities from cars to public transport and bikes, is here: Cities on Speed – Bogotá Change

Our Geelong branch also has monthly meetings. See page 2 of your newsletter for details.