PTUA treasurer Kerryn Wilmot has an opinion piece in the Business section of today’s Age, pointing out flaws in a report claiming economic benefits of the Eastlink tollway. You can read it on The Age web site: Fool’s gold at end of EastLink rainbow.

If you’re also concerned about the current freeway fetish and lack of commitment to sustainable alternatives, here are some actions you can take: END_OF_DOCUMENT_TOKEN_TO_BE_REPLACED

To help celebrate thirty years of the Public Transport Users Association, we’ve got a new page charting some of our history.

If you support the upgrading of public transport services across Melbourne and Victoria, and are not a current member, please consider joining. Members get 5 newsletters per year, access to discounted Yearly Metcards, and the knowledge that they’re supporting the fight for better public transport.

The Public Transport Users Association last night celebrated their 30 years at their 2006 Annual General Meeting. Apart from the usual AGM business of electing the next year’s committee, members and guests watched a video of some highlights of the PTUA’s activities over the past few decades.

The Public Transport Users Association (PTUA) celebrated thirty years of sustainable transport advocacy on Thursday night with a meeting for members and former committee members in Flinders Lane in the city. Accompanied by champagne and birthday cake, the association unveiled its new slogan: “Standing up for passengers since 1976”. END_OF_DOCUMENT_TOKEN_TO_BE_REPLACED

The government has announced the new public transport ticketing system, to be called Myki. You can find details of this on their web site, www.myki.com.au.

The PTUA believes that given the huge amount of money being spent on this project (almost half-a-billion dollars over ten years), better value for money would have been achieved by spending a small amount on fixing the worst problems of the Metcard system (and perhaps introducing touch cards, which were originally planned for Metcard) and spending the rest on service improvements and staff.

Putting staff back onto public transport — on trams and stations — would fight fare evasion (currently costing around $50 million per year) and help with security and customer service. The “Myki” smartcard will not help with these issues.
END_OF_DOCUMENT_TOKEN_TO_BE_REPLACED 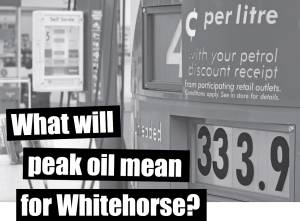 The acclaimed documentary The End Of Suburbia will screen in Blackburn on Sunday 16th July.

The film screening will be followed by a discussion about how we can adapt our communities, transport choices and lifestyles to living with less oil.
Sunday 16th July, 12 noon
Blackburn Lake Visitors Centre
Central Road, Blackburn
Melway 48 B11; nearest station Blackburn (note the adjacent 736 bus does not run on Sundays)

END_OF_DOCUMENT_TOKEN_TO_BE_REPLACED

The PTUA book “It’s Time To Move” is now available for free download. Originally published in 2002, the book forms the basis of the PTUA’s policies, and explains what needs to be done to make Melbourne and Victoria’s public transport world-class, to reduce car dependency, improve economic efficiency, help the natural environment, and make our state more liveable.

PTUA treasurer Kerryn Wilmot has an opinion piece published in today’s Age Business section, which argues that the tax system should be reformed to encourage energy efficiency and discourage pollution: Next wave of tax reforms should be green

Agree with the article? Here are some things you can do: END_OF_DOCUMENT_TOKEN_TO_BE_REPLACED

Train users who used a Monthly or longer ticket in February have until April 30th to claim compensation (a Daily ticket) from Connex for poor performance.

While the PTUA views the current compensation arrangements as inadequate, we do encourage eligible users to claim. A daily ticket may not be much compensation from continual disruptions on the train system, but it helps send the message to Connex and the government that train performance needs to be fixed.

Download the form from the Connex web site. (Includes details on what to do if you have already thrown away your ticket from February, or it was a Yearly which is still in use.) 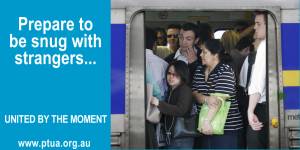 Left click on the picture for a big version you can use as your computer wallpaper (using Right click, Set as desktop background).

Games transport — Tonight, Wednesday 15th March, there will be major disruptions to CBD tram and bus services between 6pm and 8pm. Click here for details. For all other Games transport changes, see the Metlink web site.

The PTUA has put in a submission to the Victorian Competition & Efficiency Commission’s inquiry into managing transport congestion. The submission is now available on the VCEC web site.